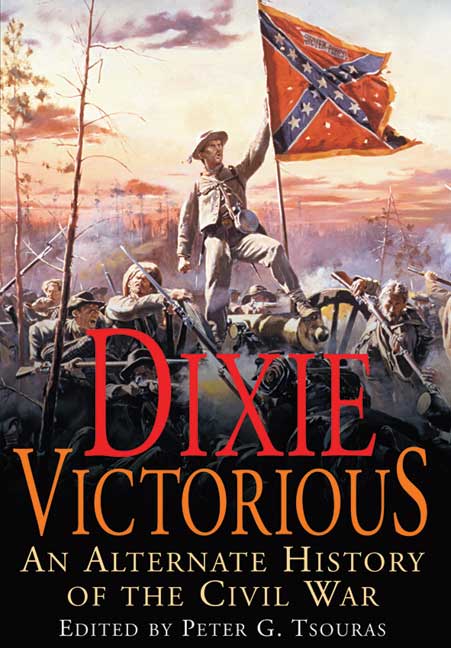 An Alternate History of the American Civil War

Add to Basket
Add to Wishlist
You'll be £15.99 closer to your next £10.00 credit when you purchase Dixie Victorious. What's this?
+£4.50 UK Delivery or free UK delivery if order is over £35
(click here for international delivery rates)

'Solid and provocative.. a series that's a byword among alternate-history fans succeeds in avoiding fantasies and is well up to the very high standard set by earlier entries.' Publishers Weekly

Based on a series of fascinating 'what ifs' posed by leading military historians, this intriguing alternate history reconstructs moments during the American Civil War which could have altered the entire course of the war and led to a Confederate victory. Commencing with real battles, actions and characters, each scenario has been carefully constructed to reveal how at points of decision a different choice or minor incident could have set in motion an entirely new train of events altering history forever.

What if Sherman had been stalled outside Atlanta, and Lincoln had lost the crucial 1864 election? Or if Stuart's Cavalry at Gettysburg had arrived in time to give Lee the freedom of operation he lacked in reality? These and many more convincing scenarios are played out against the dramatic and colourful backdrop of this critical and bloody era of American history.

The Battle of Gettysburg

The 3-day Battle of Gettysburg was fought in and around the town of Gettysburg, Pennsylvania between Union and Confederate forces during the American Civil War. The battle involved the largest number of casualties of the entire war and is often described as the war's turning point. Union Major General George Gordon Meade's Army of the Potomac defeated attacks by Confederate Gen. Robert E. Lee's Army of Northern Virginia, ending Lee's invasion of the North.

During the third day of the Battle of Gettysburg, on the morning of July 3, the Confederate infantry were driven from their last toe-hold on Culp’s Hill. In the afternoon, after a preliminary artillery bombardment, Lee attacked the Union center on Cemetery Ridge. The Pickett-Pettigrew assault (more popularly, Pickett’s Charge) momentarily pierced the Union line but was driven back with severe casualties.