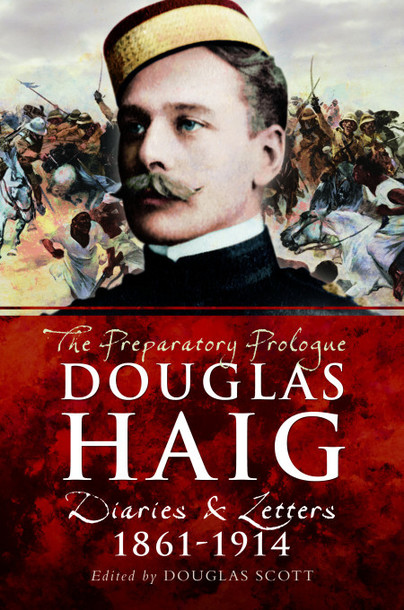 Add to Basket
Add to Wishlist
You'll be £18.99 closer to your next £10.00 credit when you purchase Douglas Haig. What's this?
+£4.50 UK Delivery or free UK delivery if order is over £35
(click here for international delivery rates)

As a young officer in the prestigious 21st Lancers (motto 'Death or Glory') Douglas Haig played a leading role in Kitchener's bold expedition which ended in the defeat of the Khalifa of Sudan at Omdurman. He described the action, as he did the whole campaign, vividly in words and diagrams which survived virtually untouched at the family home Bemersyde in the Borders. These letters and diaries allow the reader to trace Haig's career and developing character. What they reveal may well surprise his critics. Field Marshal Lord Haig will remain a hugely controversial figure due to his pre-eminent role during The Great War. He was a hugely popular public figure in the post WW1 years and revered by those who served under him. His death in 1928 was a major occasion for mourning. Only later was he heavily criticised for the slaughter of the trenches.

This book offers a wonderful insight into both the character of Douglas Haig, and into the lost world that is the life of a well-to-do cavalry officer during the last decade of the nineteen century, and as such I recommend it.