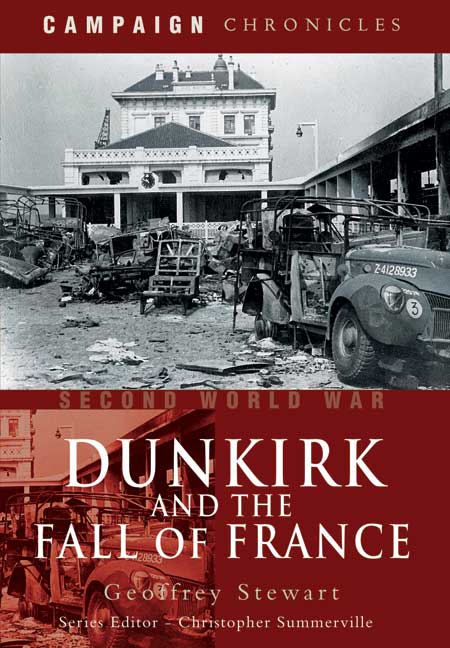 Dunkirk and the Fall of France (Hardback)

Add to Basket
Add to Wishlist
You'll be £14.00 closer to your next £10.00 credit when you purchase Dunkirk and the Fall of France. What's this?
+£4.50 UK Delivery or free UK delivery if order is over £35
(click here for international delivery rates)

For sixty years the dramatic story of the Dunkirk evacuation and the defeat of France - the story of the German conquest of northwest Europe - has been the focus of historical study and dispute, yet myths and misconceptions about this extraordinary event persist. The ruthless efficiency of the German assault, the 'miracle' of Dunkirk, the feeble French defence - these still common assumptions are questioned in Geoffrey Stewart's highly readable and concise account of the campaign. The German victory was not inevitable.

A part of the Battle of France on the Western Front, the Battle of Dunkirk was the defence and evacuation of British and allied forces in Europe. Lord Gort made the decision to evacuate on May 25, 1940, and the last troops departed France on June 4. Winston Churchill called the events in France "a colossal military disaster", saying that "the whole root and core and brain of the British Army" had been stranded at Dunkirk and seemed about to perish or be captured. He hailed their rescue as a "miracle of deliverance".