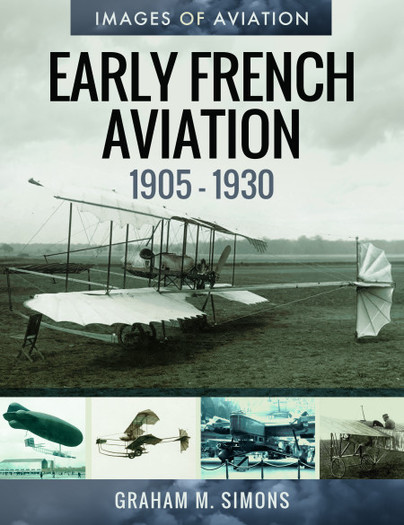 France has been called the cradle of aviation by many – a fact that cannot be disputed, although some have tried. By the end of the 19th century, she led the world in lighter-than-air flight. Any concern about heavier-than-air flight was dismissed as inevitable, and France would achieve it in due course. By the time Blériot bravely enquired ‘Which way is England?’ the country was ready to redress any perceived shortfall. Besides leading European aviation, France was the nation that named all the parts of an aeroplane with words many of which we still use everywhere today.

France was also the first nation to stage air exhibitions. Unlike their counterparts in Britain, Germany and America, French designers were thoroughly entrepreneurial and tried a wide variety of adventurous styles from pusher to canard and monoplane to multiplane. In 1909 the first Air Show was held at the Grand Palais. The ‘Exposition Internationale de locomotion aérienne’ ushered in what was to become an enduring tradition. Every year, the aircraft exhibitions were a massive success. The interior design by André Granet, who since his youth had been fascinated by flying, was such a success that the Automobile-Club subsequently commissioned Granet to do the same for the car shows.

It is not surprising that all this derring-do, all these technological achievements and all this innovation drew reporters and photographers like moths to a flame. The men, the machines, the places and the events all were recorded, reported, reproduced and then were filed away. Hundreds of images appeared in print, but thousands were printed up only as contact prints from large-format glass negatives and then disappeared into albums to be forgotten about. In the mid-1990s the author came across one such treasure-trove; a number of dust-covered albums containing around five hundred images of aircraft, airships and expositions – it is doubtful if most have appeared in print before, so this will probably be the first time the events of these French pioneers have ever been showcased.

The pictures are supported by an equally excellent text, with some very detailed captions identifying the individual aircraft, what made them unusual, and how they performed. The result is an excellent illustrated guide to the earliest days of powered aviation, and the often dangerous experiments that allowed such rapid progress.

An incredible book, full of never-before-seen images of some beautiful and long forgotten aircraft. Some of which were influential to other, more famous, producers of early aircraft.

Along with the images are very well written and informative captions which make this addition to the Images of Aviation series an absolute must have for any early aviation enthusiast.

Recommended for readers who wish to appreciate the exuberant development of French civil aviation early in the last century.

A very interesting book with an undoubted pedagogical value.

The photos are great in and of themselves, but they are improved by quality captions. These help identify not only the aircraft, but also the events and people surrounding them. When combined with the photos, the result is an excellent reference on early 20th Century French aviation.

The first decade of aviation saw France in a commanding position, but this advantage was steadily lost to other nations. This new book provides a fine selection of rare images from the golden years of French aviation. – Very Highly Recommended.

In all, it makes for an excellent read for early aviation fans and one you really should have on your book shelf.

This photographic book makes us understand how much courage it needed in those times when few of the notions of avionics (a term borrowed precisely from French) were known and accidents were much more frequent than today. We can also admire the inspiration, the imagination, the madness in creating devices that today seem so absurd but that have been useful for perfecting the art and science of flight.

This is a very interesting book. It will be of great interest to both modelers and aviation historians as well.

This is a thoroughly well-produced and documented publication which is underpinned by a balanced narrative which perfectly conveys both the optimism and the pitfalls of the pioneering French aviators. The book presupposes no previous knowledge, and it can be read by anyone with either a passing, or developed interest in aviation of the pre; post, and interwar periods.”

Well worth seeing for any aviation history enthusiast.