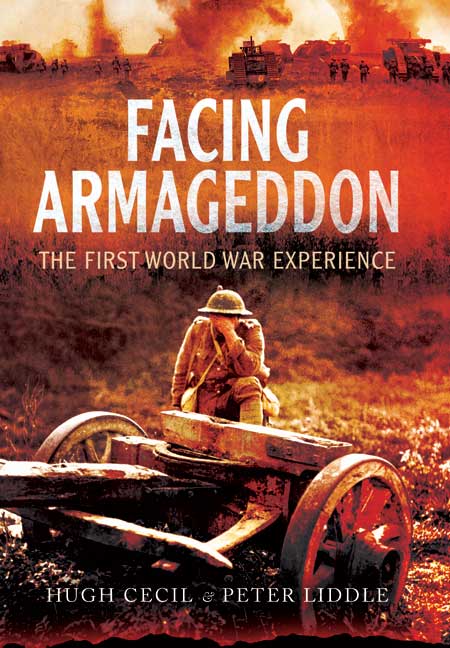 Add to Basket
Add to Wishlist
You'll be £16.99 closer to your next £10.00 credit when you purchase Facing Armageddon. What's this?
+£4.50 UK Delivery or free UK delivery if order is over £35
(click here for international delivery rates)

Facing Armageddon is a major collection of scholarly work on the 1914-18 war that explores, on a worldwide basis, the real nature of the participants’ experience. The book is a classic in the field. Sixty-four scholars from all over the globe, including the USA, Russia, Germany, Italy, France, Holland and the UK, describe their research into what civilians and servicemen passed through, on the land, the sea and in the air.
Their pioneering work is as important today as it was when the book was first published, for we can see clearly now how the First World War has shaped the fundamental character of the twentieth century. The Second World War and the Cold War were among its direct, long-term consequences. Without an awareness of its effects on the individuals and societies involved, perceptible even now, we cannot fully comprehend the modern world.
Facing Armageddon, lucidly written and vividly illustrated, is aimed at those specialists – students and general readers alike – who seek a deeper understanding of human conflict in our times.

As referenced in "An Error of Judgement"

I believe that this is an incredible insight into WWI from all viewpoints.

It is not going to be an overnight read, but you will learn much from this very detailed book on the subject. I recommend this to all with an interest in WWI.

In the two decades that have followed the first
publication of this work, nothing has come to challenge it and this
edition is therefore most welcome. It was a pioneering work and still
is, presenting the scholarship of sixty four specialists and the real
experiences of participants. It can fairly be regarded as a
foundation work for anyone wishing to understand this epic conflict.
Much Recommended.