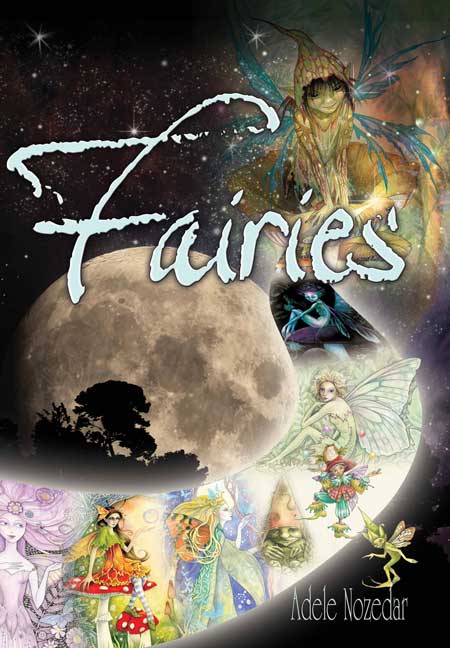 Add to Basket
Add to Wishlist
You'll be £16.99 closer to your next £10.00 credit when you purchase Fairies. What's this?
+£4.50 UK Delivery or free UK delivery if order is over £35
(click here for international delivery rates)

Fairies, elves, gnomes, sprites, goblins, pixies; all these creatures, and many more of their ilk, are explored in depth in this vibrant and entertaining directory. This book also asks, and answers, many questions about fairies. For example, what’s the difference between a ‘fairy’ and a ‘faerie’? What is the truth behind those intriguing photographs of the Cottingley Fairies that had all of the UK in a frenzy in the early part of the 20th Century? Did Cicely Mark Barker, artist and creator of The Flower Fairies, ever actually see a fairy? You can also find out about the origins of our most popular fairy tales, the places in the world where you’re most likely to have success on a fairy-spotting trip, and also there are hints and tips from an expert in how to actually see these elusive beings.

This book is also packed with intriguing and fun facts about anything and everything to do with fairies and fairyland. Did you know, for example, that in the original stage production of Peter Pan, the part of Tinkerbell was represented as a moving light and tinkling bells? Or that the famous founder of a Texan town started building it after fairies told him to do so? Or that an old English statute decreed a sentence of death for anyone harming a fairy? There’s much more, including dozens of full-colour original and classic illustrations.

Delve into this book for a fascinating adventure into the unseen and magical world of ‘Fairies!’

Adele Nozedar is a former record producer and the author of Secret Language of Birds and Element Encyclopedia of Secret Signs and Symbols. Adele owns a New Age shop in Hay on Wye. She lives in Torpantau, near the Brecon Beacons in Wales.