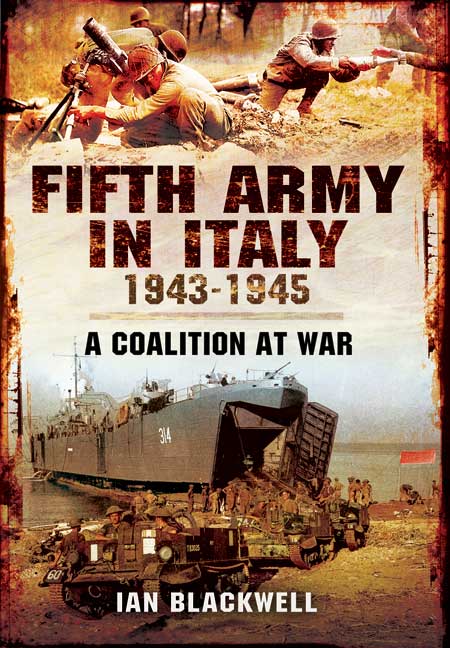 A Coalition at War

The US Fifth Army first saw action during the Salerno Landings in September 1943. While commanded by US Lieutenant General Mark Clark, from the outset one of its two Corps was the X (British) Corps; the other V1 (US) Corps.

The multi-national composition of Fifth Army is demonstrated by the French Expeditionary Corps, the Brazilian Expeditionary Force, the South African Armoured Division, the Italian Co-Belligerent forces, formations from the New Zealand Corps and the 4th Indian Division.

Clark's Fifth Army was itself part of the Fifteenth Army Group, commanded by Field Marshal Alexander. Alexander's light and diplomatic touch oiled the wheels of this uneasy arrangement but inevitably there were tensions and disagreements that threatened success.

The low priority accorded to Italy as compared with OVERLORD and NW Europe did not help matters. Seen as a backwater, crack units were taken away and insufficient resources allocated to the Italian Campaign. This combined with the tenacity of the Germans, the difficult terrain and the harsh climate caused real problems. Allied morale was at times particularly brittle and desertion rates worryingly high.

This superbly researched book objectively examines the performance of Fifth Army against this complex and troublesome backdrop. The author's findings make for authoritative and fascinating reading and give food for thought about multinational cooperation in more recent conflicts.