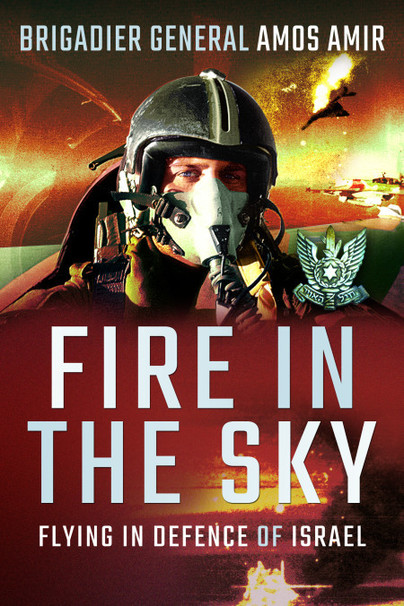 Fire in the Sky (Paperback)

Flying in Defence of Israel

Add to Basket
Add to Wishlist
You'll be £16.99 closer to your next £10.00 credit when you purchase Fire in the Sky. What's this?
+£4.50 UK Delivery or free UK delivery if order is over £35
(click here for international delivery rates)

General Amos Amir's autobiography tells the story of the man, the warrior and the commander and the story of the struggling, newly-born, Israeli Air Force. From the Six Days War of 1967 and onward, the IAF turned to be an extremely important component of the overall Israeli defence power. The years from the Sinai War in 1956, through the Six-Day-War, the Yom Kippur War in 1973 and the Lebanon War in 1982, were the years of Amir's flying, fighting and commanding career.

Amir tells his own story in talented, vivid and fluent language. He succeeds in pulling the reader into his narrow cockpit from the early stages of his flying school to later air combats and reconnaissance missions. Tense dogfights, long-range reconnaissance missions and memorable aerial episodes, including piloting a Phantom jet from the deck of the American carrier Kitty Hawk, are vividly described. The book reveals previously untold stories about the traumatic Yom Kippur War of 1973 and the early stages of the war in Lebanon in the 1982.

Brig. General (ret.) Amos Amir was born in Tel Aviv in 1935 when Israel, then Palestine, was under the British Mandate. He climbed through the ranks to become Second in Command of the Israeli Air Force