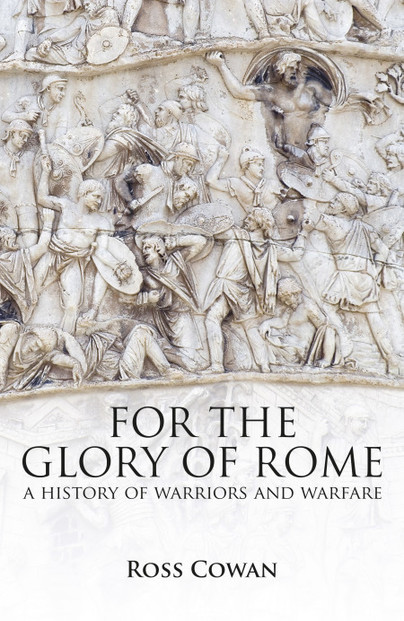 For The Glory of Rome (Paperback)

A History of Warriors and Warfare

Add to Basket
Add to Wishlist
You'll be £16.99 closer to your next £10.00 credit when you purchase For The Glory of Rome. What's this?
+£4.50 UK Delivery or free UK delivery if order is over £35
(click here for international delivery rates)

Ancient Rome was uniquely bellicose. Her legionaries are often cited as the original professional soldiers and famed for their iron discipline, but they were also formidable individual warriors, sometimes berserks, who gloried in single combat, taking heads and despoiling their enemies. They were men who believed they were sired by a god of war, driven by the need to create and sustain heroic reputations, and who disrobed in public to display battle scars. Yet these same warriors read philosophy, wrote history and recited poetry.

For the Glory of Rome introduces the heroic, yet utterly ruthless men who carved out the Roman Empire. The author examines the deeds of men like Siccius Dentatus, the victor of eight single combats and a hero of the common people; Decius Mus, the consul who charged into the midst of the enemy at Sentinum to devote himself to the gods of the Underworld; and the feuding centurions Pullo and Vorenus, rivals for every post and honour but bound together by their loyalty to Caesar.

Ross Cowan explores the mindset of the Roman fighting men, examining their motivation, beliefs and superstitions, illuminating why they fought and died for the glory of Rome.