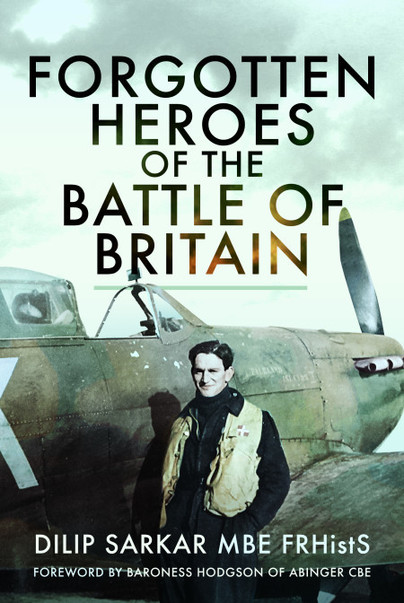 Forgotten Heroes of the Battle of Britain (Hardback)

Preorder
Add to Wishlist
You'll be £20.00 closer to your next £10.00 credit when you purchase Forgotten Heroes of the Battle of Britain. What's this?
+£4.50 UK Delivery or free UK delivery if order is over £35
(click here for international delivery rates)

Lasting sixteen weeks during the momentous year of 1940, the Battle of Britain ended with the Luftwaffe having failed to achieve the decisive victory that Hitler had demanded. Whilst the technical details of the aircraft and weapons involved are, of course, crucial to our understanding of the events that summer, the Battle was fought by human beings – and it is that human experience and contribution, to this author, is the most important thing to acknowledge, record and share.

Nearly 3,000 Fighter Command aircrew fought in the Battle of Britain, immortalised by Churchill as ‘The Few’. Of these, 544 lost their lives that blood-stained summer, and 700 more would die before the Second World War ended – a victory very likely impossible had The Few not held out in 1940.

The names of some of these young men, aces such as Douglas Bader, ‘Sailor’ Malan and Eric Lock, were well-known to the free world at the time – and certainly the legless Group Captain Sir Douglas Bader remains, even today, the best-known British fighter pilot of the war. However, the vast majority of The Few remained anonymous, owing partially to Air Ministry policy and equally a desire to play down their august achievements. Since the Second World War, the memoirs of a number of the Few have been published, privately and commercially, and books have been written about others.

The record is a rich legacy, overall – and yet, if we investigate the Battle of Britain further, we find many forgotten heroes, no less-deserving of recognition. This book, therefore, seeks to explore the lives and contribution made by certain of these men, to give currency back to their brave deeds. In truth, the list of deserving subjects is virtually endless; those included in this book are individuals whose stories have crossed the author’s path at some stage during his long career – and which he feels are truly ‘Forgotten Heroes’. Clearly, then the list is not definitive, and could never be, but these men at least now have their stories told.

Forgotten Heroes of the Battle of Britain

Dilip will deliver an illustrated presentation on one of his latest books: Forgotten Heroes of the Battle of Britain This is one of three events presented by Dilip Sarkar on 16/10/2022 John Peters Q&A from 10.30am until 11.15am Spitfire Down from 12.30pm until 1.30pm Forgotten Heroes of the Battle of Britain from 2.30pm until 3.30pm Events are £10 each, or you can book a package of all 3 Dilip Sarkar events for £24 via the event link. 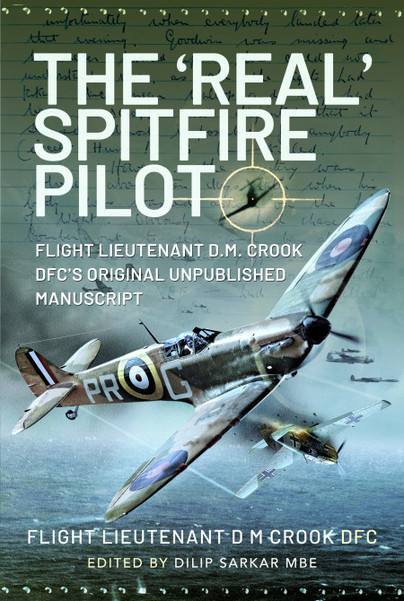 Flight Lieutenant David Moore Crook DFC’s original Spitfire Pilot ranks among the finest first-hand accounts published during the Second World War, particularly for a Battle of Britain airman. It rightly remains a sought-after classic. A Spitfire pilot during the epic aerial battles of the summer of 1940, ‘DMC’ became a decorated ace. However, he did not survive the war: his Spitfire inexplicably crashed into the sea off the Scottish coast on 18 December 1944. A married man and father, he remains missing. First published under wartime conditions in 1942, Spitfire Pilot was not heavily censored…