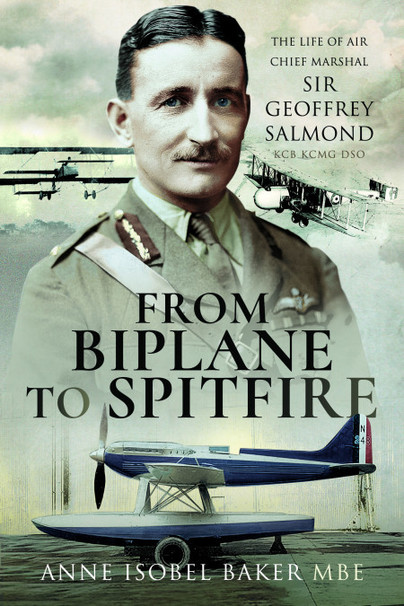 From Biplane to Spitfire (Paperback)

Add to Basket
Add to Wishlist
You'll be £14.99 closer to your next £10.00 credit when you purchase From Biplane to Spitfire. What's this?
+£4.50 UK Delivery or free UK delivery if order is over £35
(click here for international delivery rates)

Air Marshal Sir Geoffrey Salmond and his brother Jack joined the Royal Flying Corps during the Great War and both were to have a major influence on the development of the Royal Air Force in the 1920s and 1930s. After most distinguished war service Geoffrey, the older of two, became one of the original pioneers of long range flight and rose steadily through the ranks. He was one of the first to recognise the importance of 'high speed flight' and the development of the Supermarine S6 (the forerunner of the Spitfire). As such he was closely involved with the Schneider Trophy races of the early 1930s. His successful career also encompassed flights of long range endurance. Extraordinarily both Jack and Geoffrey rose to become Chiefs of the Air Staff in the mid-1930's. Geoffrey succeeded his brother at the top of his profession only to die in post before he could see the fruits of his labours come to fruition in the Battle of Britain; without his vision the RAF might very well not had the Spitfire and the result would surely have been very different.