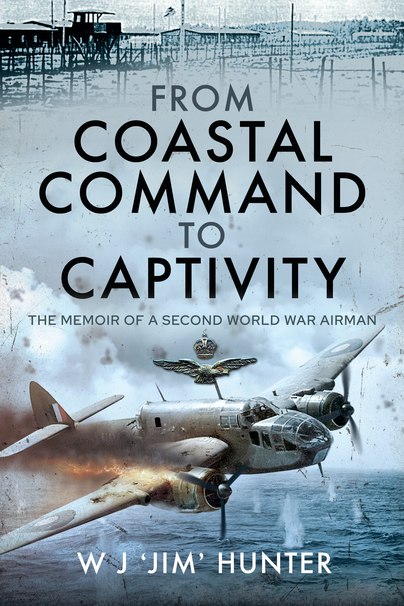 From Coastal Command to Captivity (Paperback)

The Memoir of a Second World War Airman

Preorder
Add to Wishlist
You'll be £10.39 closer to your next £10.00 credit when you purchase From Coastal Command to Captivity. What's this?
+£4.50 UK Delivery or free UK delivery if order is over £35
(click here for international delivery rates)

These war memoirs of Jim Hunter are in two parts. First there is the account of his flying career in RAF Coastal Command, culminating in an extraordinarily brave attack by him and his Beaufighter on the German battle cruiser Scharnhorst. Shot down, he became a POW and the second half tells of his experiences in Stalag Luft 3. A skilled artist he became a camp forger, providing documents for escapees such as Oliver Philpott, one of the Wooden Horse escapers. Jim's own escape tunnel was detected and earned him 30 days in the 'cooler'. He gives graphic descriptions of the forced winter marches which caused great hardship. An added bonus is the translated German report of the Scharnhorst attack.

Dr Allan Hunter is the son of Jim Hunter whose experiences are recorded here. Born in the UK and educated at Oxford University, Allan has written numerous published works and articles. He now lives in the USA (Watertown MA)