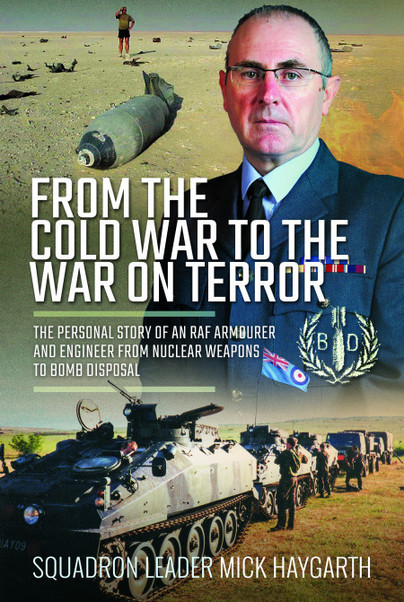 From the Cold War to the War on Terror (Hardback)

You'll be £19.99 closer to your next £10.00 credit when you purchase From the Cold War to the War on Terror. What's this?
+£4.50 UK Delivery or free UK delivery if order is over £35
(click here for international delivery rates)


As featured in: 'Event marks for Falklands date'

As featured in: 'Falkands 40 years on'

The book is extremely readable with masses of great content, although I would have liked to have seen some more photographs from such a long career. It would be great to sit down with the author for a chat over a beer, such is the way his personality comes across. I would have liked most of the stories to have been expanded on, but that may be in his next book/s. Fingers crossed!

A fascinating and exciting story of one of the areas of military service that receives very little attention from historians. The photo-plate sections adds to the text with some very interesting images. – Very Highly Recommended.

Article: 'Michael Haygarth releases new book called From the Cold War to the War on Terror that follows his journey from RAF armourer to bomb disposal' as featured by