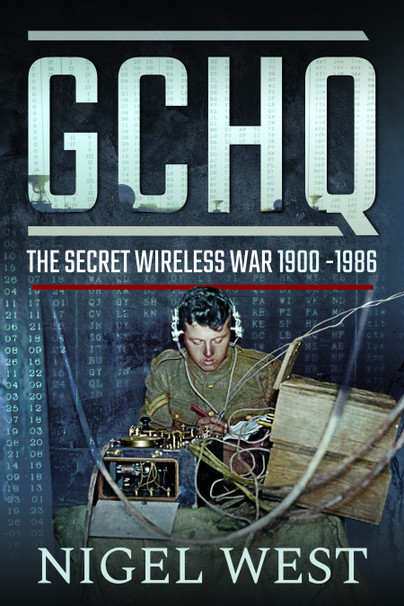 Add to Basket
Add to Wishlist
You'll be £25.00 closer to your next £10.00 credit when you purchase GCHQ. What's this?
+£4.50 UK Delivery or free UK delivery if order is over £35
(click here for international delivery rates)

Signal intelligence is the most secret, and most misunderstood, weapon in the modern espionage arsenal. As a reliable source of information, it is unequalled, which is why Government Communications Headquarters, almost universally known as GCHQ, is several times larger than the two smaller, but more familiar, organisations, MI5 and MI6. Because of its extreme sensitivity, and the ease with which its methods can be compromised, GCHQ’s activities remain cloaked in secrecy.

In GCHQ: The Secret Wireless War, the renowned expert Nigel West traces GCHQ’s origins back to the early days of wireless and gives a detailed account of its development since that time. From the moment that Marconi succeeded in transmitting a radio signal across the Channel, Britain has been engaged in a secret wireless war, first against the Kaiser, then Hitler and the Soviet Union.

Following painstaking research, Nigel West is able to describe all GCHQ’s disciplines, including direction-finding, interception and traffic analysis, and code-breaking. Also explained is the work of several lesser known units such as the wartime Special Wireless Groups and the top-secret Radio Security Service.

Laced with some truly remarkable anecdotes, this edition of this important book will intrigue historians, intelligence professionals and general readers alike.

“CCHQ: The Secret Wireless War” is rich in the kind of detail from which all students of radio and military history can learn.

I would say if you’re into the intelligence services you would love this book and his other books he has authored. Whilst the Second World War and the cold war dominate this book they certainly don’t over power it. To me this seems like a technically excellent book by a man who knows his stuff, it would certainly get my recommendation.

The author has been responsible for an extensive portfolio of intelligence books to the extent that he has been described as the official historian of the British Secret Service. The secret wireless war is one of the most important aspects of modern state craft and military posture. – Most Highly Recommended.

I loved reading about the origins of GCHQ, which was probably being built in the area between Gloucester and Cheltenham just a few miles from where I lived from 1946-1963, and the development of wireless technology that remains paramount to our defence and our allies' defence to this day. Nigel West is an acknowledged expert in this field of literature and his latest book is fascinating and intriguing.

As ever, the Author has applied his considerable knowledge of this subject and has produced a very good account of the history and circumstances of what is now GCHQ, and its predecessors. The stories flow and the book can be picked up anytime and the story continues. It is not heavy on statistics but it draws together the core history and the events that evolved around it and indeed the many tangential issues that were impacted. I was particularly taken by the background to wireless tracking of Zeppelin flights and the extend to which they predicted the events at Jutland in 1916. This is a good read that can be absorbed over several reading sessions.