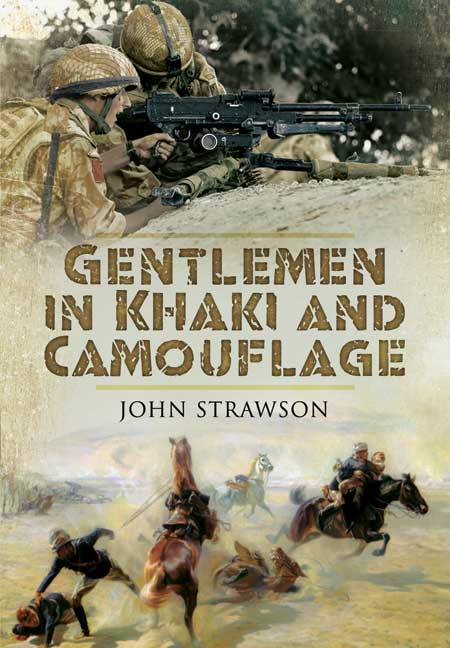 Add to Basket
Add to Wishlist
You'll be £13.99 closer to your next £10.00 credit when you purchase Gentlemen in Khaki & Camouflage. What's this?
+£4.50 UK Delivery or free UK delivery if order is over £35
(click here for international delivery rates)

Avenging Gordon at Omdurman, repulse at Spion Kop, mud and blood in Flanders, desert clashes with Rommel, Slim's eventual victory in Burma, epic struggles at Cassino and Arnhem, post-war insurgency campaigns, confronting the IRA - during the 20th century the Army was ceaselessly on active service, fighting one enemy or another all over the world. Gentlemen in Khaki, which received glowing reviews, concentrated on the soldiers themselves, whether Commanders or Tommies and their performance in action.

With this new book General Strawson has added what the British Army has been doing since 1990, including its involvement in Iraq, Sierra Leone, Kosovo and Afghanistan.

Rather than detailed description of battles, the author has concentrated on the strategic issues, the Army's size and structure, its lack of Government support and the urgent need of equipment appropriate to the special threats such as those posed by Iraqi insurgents and the Taliban. He has sharp things to say about the infantry's loss of country allegiances and the general shortage of fighting regiments, whether infantry or armoured, which has led to damaging overstretch.

In this extension of the story, one thing, however, remains constant. It is by their courage, commitment, skill and perseverance that the gentlemen in camouflage have kept the British Army's honour bright.