The Life and Times of the Last Great Viking

Add to Basket
Add to Wishlist
You'll be £25.00 closer to your next £10.00 credit when you purchase God's Viking: Harald Hardrada. What's this?
+£4.50 UK Delivery or free UK delivery if order is over £35
(click here for international delivery rates)

Harald Hardrada is perhaps best known as the inheritor of ‘seven feet of English soil’ in that year of fateful change, 1066. But Stamford Bridge was the terminal point of a warring career that spanned decades and continents. Thus, prior to forcibly occupying the Norwegian throne, Harald had an interesting (and lucrative) career in the Varangian Guard, and he remains unquestionably the most notable of all the Varangians who served the Byzantine emperors: in the latter employment he saw active service in the Aegean, Sicily, Italy, Anatolia, Syria, Palestine and Bulgaria, while in Constantinople he was the hired muscle behind a palace revolution. A man of war, his reign in Norway was to be taken up with a wasteful, vicious and ultimately futile conflict against Denmark, a kingdom (like England) he believed was his to rule. We follow Harald’s life from Stiklestad, where aged fifteen he fought alongside his half-brother king Olaf, through his years as a mercenary in Russia and Byzantium, then back to Norway, ending with his death in battle in England.

The book contains useful notes on the illustrations. Appendices discuss the use of The Sagas as sources; the Mosfell dig, and the role of women.

This a gripping story of the last great Viking who is remembered most for his boast to the Saxons that he had come to conquer their land and ended up with just enough to contain his body. The full story is absorbing and goes some way to answering the question of where the Vikings went. – Most Highly Recommended.

An extraordinary and inherently interesting historical study of meticulously detailed and deftly written scholarship that is enhanced for academia with the inclusion of three Appendices (Skald, Saga, Serpent Slayer, Son of Odinn; Mosfell Archaeological Project; He, Her, Hero, Heroine); a two page listing of Abbreviations; an eighteen page Bibliography; and a fourteen page Index, "God's Viking: Harald Hardrada" will prove to be a welcome addition to both community and academic library Medieval History collections in general, and Harald Hardrada supplemental studies lists in particular.

The History of Vikings podcast

The perfect introduction to the run-up to events that changed the British Isles forever - and for better, in my opinion. I'm probably biased because my surname is "Norman" but that's by accident - one of my ancestors, William Norman Grant, took the decision to change the family name to Norman - I'm actually a Grant, so I can't claim any lineage connected directly with the "Normans", so I'm not that biased, really. But I do think the Norman conquest brought so much to the British Isles, and Duke William of Normandy had been promised the English throne after all. But Harald Hardrada is a name we should be familiar with as the man who, more than anyone, lost England to, eventually, William, and Nic's book traces Harald up to 1066 when the world changed. Absolutely one of the best historical biopics, terrific stuff!

The author has succeeded in delivering a superb book. By adopting a positive and relaxed style he has been able to explain the life of Harald Hardrada and the world in which he operated and has brought it to life so that in many respects it tells us that apart from regular bouts of war, pillage and extortion, his world was remarkably similar to ours. He travelled widely, engaged in and assisted in trade, followed the money to gainful employment in the Byzantine Empire and later returned to Norway to claim what he considered to be his destiny as King. The tale extends the story of Viking expansion and technology, seamanship and of course being difficult neighbours. More importantly it explains why the Vikings needed to expand and what drove their strategies. Harald’s end at Stamford Bridge is well described and it meshes into the eventual and total regime change that followed at Hastings. This is a most enjoyable read and recommended. 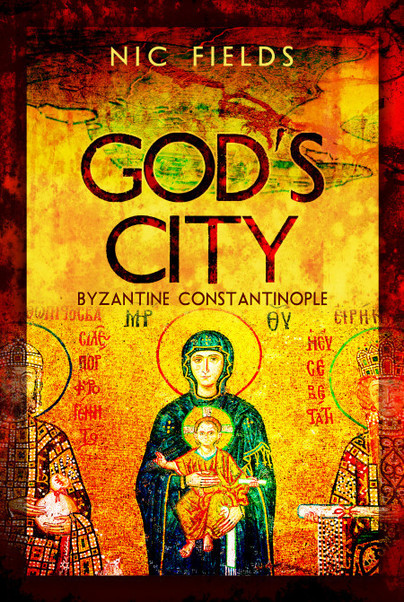 Byzantium. Was it Greek or Roman, familiar or hybrid, barbaric or civilised, Oriental or Western? In the late eleventh century Constantinople was the largest and wealthiest city in Christendom, the seat of the Byzantine emperor, Christ’s vice-regent on earth, and the centre of a predominately Christian empire, steeped in Greek cultural and artistic influences, yet founded and maintained by a Roman legal and administrative system. Despite the amalgam of Greek and Roman influences, however, its language and culture was definitely Greek. Constantinople truly was the capital of the Roman empire…