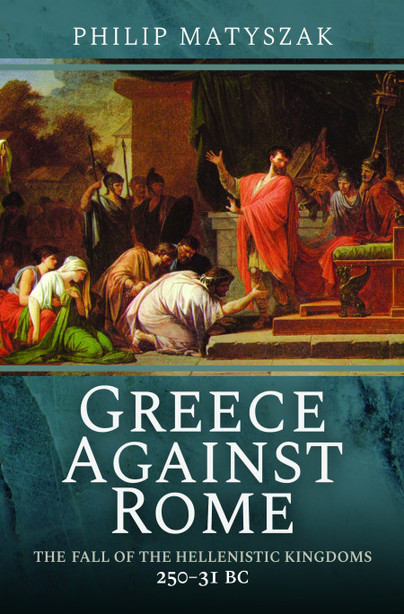 Add to Basket
Add to Wishlist
You'll be £14.99 closer to your next £10.00 credit when you purchase Greece Against Rome. What's this?
+£4.50 UK Delivery or free UK delivery if order is over £40
(click here for international delivery rates)

He has written an engaging text that reads like a sweeping novel at times, and he puts Rome on the outside of the Hellenistic world, so that its insidious intrusion becomes more creeping and menacing, if that’s possible. Thus, Greece Against Rome is a refreshing and readable take on a fascinating story.

Philip 'Maty' Matyszak holds a doctorate in Ancient History from St John's College, Oxford University, and has been studying, teaching and writing on the subject for over twenty years. The author of over twenty books, he specializes in the history of Classical Greece and of the Late Republic and Early Imperial periods of Rome but has also written two historical novels. Maty saw combat as a conscript in the Rhodesian army and served with the Territorial Army in Britain. These days he splits his time between writing in his home in Canada's Monashee Mountains and providing e-learning courses for Cambridge University's Institute of Continuing Education.