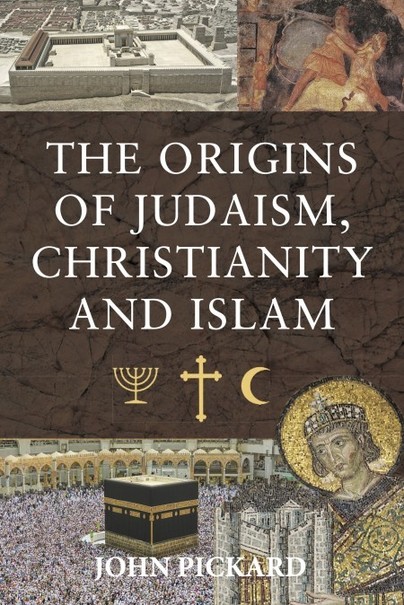 The Origins of Judaism, Christianity and Islam (Hardback)

Add to Basket
Add to Wishlist
You'll be £25.00 closer to your next £10.00 credit when you purchase The Origins of Judaism, Christianity and Islam. What's this?
+£4.50 UK Delivery or free UK delivery if order is over £40
(click here for international delivery rates)

Writing a book encompassing all three of the world biggest religions is no easy task. This author has, of course, the personal biases which everyone has but in saying that this book is a good representation of trying to explain the many similarities and differences in religions. Not everyone will agree with the assumptions or declarations here but I feel Pickard gives a good argument and this certainly can be considered a good contribution to the discussion. Brace yourself though, this is not an easy read. It has so much information, I can commend the writer for the massive research involved to write this book.

The Origins of Judaism, Christianity and Islam by John Pickard is a fantastic book. The description of the book mentions that this is “a book by a non-believer for other non-believers, and it will be a revelatory read, even to those already of an atheist, agnostic, or secularist persuasion”. I disagree, I think this book is just as important for believers. Besides a few funny remarks, which might raise an eyebrow from believers, this book is a great piece of scholarly work. He spent a lot of time researching the topic and that is visible throughout.