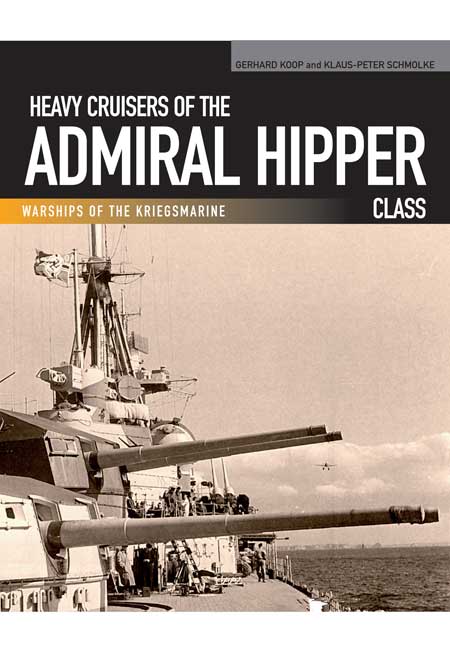 Add to Basket
Add to Wishlist
You'll be £16.99 closer to your next £10.00 credit when you purchase Heavy Cruisers of the Admiral Hipper Class. What's this?
+£4.50 UK Delivery or free UK delivery if order is over £35
(click here for international delivery rates)

This volume covers the Admiral Hipper class, among the largest heavy cruisers to serve in World War II. Intended to be a class of five, they enjoyed contrasting fortunes: Seydlitz and Lützow were never completed; Blücher was the first major German warship sunk in action; Admiral Hipper became one of the most successful commerce raiders of the war; while the Prinz Eugen survived to be expended as a target in one of the first American nuclear tests in 1946.

This is a complete and exhaustive book, with an excellent iconography (unfortunately only in black and white, including the camouflage patterns of the Hipper and the Prinz Eugen), rich in data and little-known elements and which is highly recommendable also in terms of its price.

There are some impressive photos, including valuable pictures of the interior of the Prinz Eugen. This is an excellent entry in a very high quality series.

As with other books in this series, there is an account of the development of a particular class, a detailed description of the ships, with full technical details, and an outline of their service all of which is illustrated with plans, battle maps and a substantial collection of photographs. Excellent!