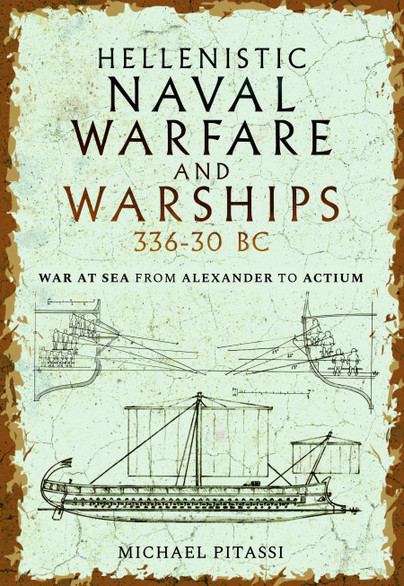 War at Sea from Alexander to Actium

Preorder
Add to Wishlist
You'll be £20.00 closer to your next £10.00 credit when you purchase Hellenistic Naval Warfare and Warships 336-30 BC. What's this?
+£4.50 UK Delivery or free UK delivery if order is over £35
(click here for international delivery rates)

The Hellenistic period, from Alexander the Great to the Battle of Actium, was a time of great technological change and innovation in naval design. There was a naval arms race between the Successor States that culminated in a plethora of ship types and the largest oared vessels ever built.

Michael Pitassi gathers all the available evidence and comparative data to reconstruct the various classes of warship. Each is illustrated with clear diagrams and scale models, with particular attention paid to the arrangement of oars and rowers, the subject of much ongoing debate. He narrates the key naval battles of the period, huge affairs involving hundreds of ships, describing the forces engaged and the tactics employed. Strategic factors such as the location of port facilities, the supply of timber and maritime trade are also considered.