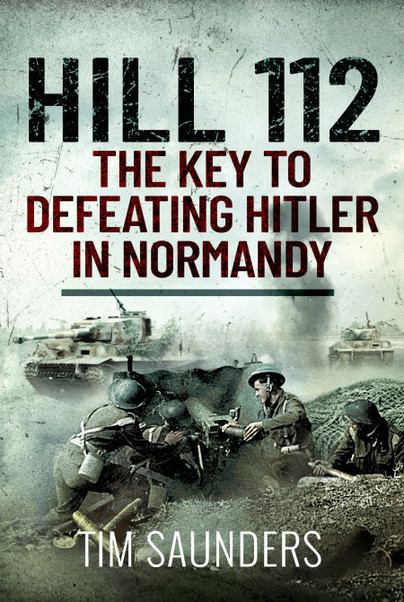 Hill 112: The Key to defeating Hitler in Normandy (Hardback)

Preorder
Add to Wishlist
You'll be £20.00 closer to your next £10.00 credit when you purchase Hill 112: The Key to defeating Hitler in Normandy. What's this?
+£4.50 UK Delivery or free UK delivery if order is over £35
(click here for international delivery rates)

‘He who holds Hill 112 holds Normandy’ seemed an unlikely maxim when the hill is viewed from a distance, but on reaching its plateau, the vistas unfold in every direction across a huge swath of Normandy. For the Germans it was their vital defensive ground, but for the British it was an essential steppingstone en route to the River Orne and access to the open country south to Falaise.

The Hitlerjugend SS Panzer Division lost Hill 112 to 4th Armoured Brigade when the Scots captured the Tourmauville Bridge intact, but the essence of Hill 112’s tactical problem soon became clear. It was impossible for armour to survive on its broad plateau, while the infantry could only hold the skeletal orchards and woods at the cost of crushing casualties. With II SS Panzer Corps preparing to attack the British, the toe hold was given up and 11th Armoured Division was left holding a bridgehead across the River Odon.

Ten days later, 43rd Wessex Division was ordered to resume the advance to the Orne with Hill 112 its first objective. As the west countrymen and tanks rose to advance, they met withering fire from the stronghold that Hill 112 had become. The scene was set for one of the grimmest battles of the campaign.

For six weeks from the end of June into August, when the Allied advances finally gained momentum, Hill 112 was far too important to let the opposition hold and exploit it. Consequently, it was regularly shelled and mortared, and shrouded with smoke and dust, while soldiers of both sides clung to their respective rims of the plateau.

By the end, Hill 112 had developed a reputation as evil as that of any spot on the First World War’s Western Front.