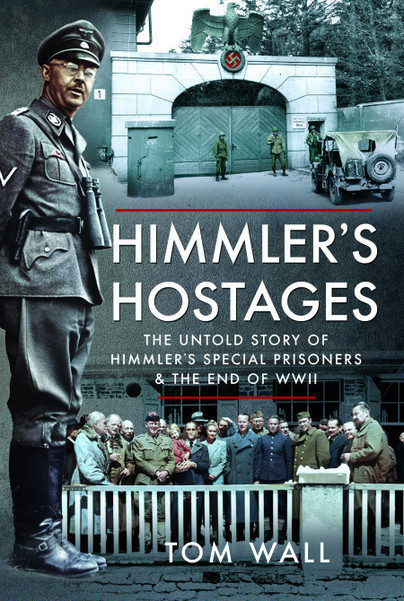 Add to Basket
Add to Wishlist
You'll be £25.00 closer to your next £10.00 credit when you purchase Himmler's Hostages. What's this?
+£4.50 UK Delivery or free UK delivery if order is over £35
(click here for international delivery rates)

This book tells the true story of Himmler’s plan to use prominent WWII concentration camp prisoners as hostages in an attempt to engage the Western Powers in negotiations. At the centre of the tale are five British survivors of the ‘Great Escape’, two MI5 agents kidnapped by the Nazis, and Irish born POWs.

Meticulously researched and revealing many previously unknown facts, it relates how the British group came to be integrated with a multinational group of VIP prisoners in Dachau concentration camp, including German family groups of men, women and children; relatives of those implicated in plot to kill Hitler.

The lively narrative describes kidnapping, escape attempts, interpersonal conflict, betrayal and comradeship, as well as intrigues and love affairs among the prisoners, culminating in their dramatic attempt to free themselves from the SS.

Tom Wall is a retired senior official of the Irish Congress of Trade Unions. After retirement, he completed a Master’s Degree at University College Dublin based on a thesis comparing neo-corporatist governance arrangements within Europe with Irish Social Partnership. He is a regular contributor of articles with historical themes to the Dublin Review of Books. He is married with two adult children and lives in Dublin.