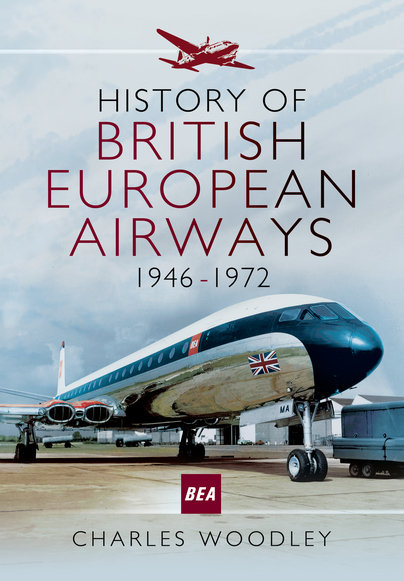 Add to Basket
Add to Wishlist
You'll be £14.99 closer to your next £10.00 credit when you purchase History of British European Airways. What's this?
+£4.50 UK Delivery or free UK delivery if order is over £35
(click here for international delivery rates)

BEA was formed in 1946 and took over most UK domestic and European routes under the British government's nationalisation policy. It began operations with a fleet of outdated and hopelessly uneconomic passenger aircraft that were derivatives of wartime types such as the DC-3, Avro Viking and Rapide. By the end of 1955 the airline had re-equipped with more modern types such as the jet-prop Viscount and moved into a profit for the first time. From 1960 onwards the airline introduced larger jets such as the Comet, Trident and BAC 1-11. BEA merged with the British Overseas Airways Corporation in 1974 to form British Airways. This book looks at BEA's predecessors, its formation and early operation from Croydon and Northolt and the move to the newly-opened London Heathrow. The evolving structure is explained with chapters covering engineering bases, terminals, European and domestic services, cargo services and helicopter operations. The aircraft flown are all described in detail and the book includes anecdotes from former crew and ground-staff, a full fleet list and is highly illustrated throughout.

For this reviewer, the History of British European Airways: 1946-1972 was something of a ‘mixed bag’. It is certainly well-written and researched. However, the previously mentioned lack of reference to the volume’s numerous photographs, plans and half-tone images within either the Content or Index sections made searching for specific items both difficult and tedious. In addition, by displaying very-evident pixels, several of the images within the centrally-placed ‘colour’ section (including No.’s 9, 10, 11, 14, 15 and 23, although there were others) were disappointing. While appreciating that they were possibly ‘computerised’ in origin, for this reviewer they were not of the quality he expected to find within a volume of this nature.

As BEA has a substantial ‘fan following’ such enthusiasts are likely to find this work of great interest, while those with a more ‘general’ aviation interest may also find it useful. Aviation modellers with an interest in either BEA, British aviation or airliners in general could also find this book to be a useful resource.

As it is well written and researched, and despite the limitations noted above, this volume is likely to become a standard reference work on its subject, On a Rating Scale where 1: Very Poor, 10: Excellent), I have given it an 8.

A magnificent history of British European Airways, its fleet and the places from which it operated, opening new horizons for air travel from its inception in 1946 to its merger with BAC in 1974. Sueprb.

Lavishly illustrated with rare photographs, including full colour, this book charts the history of British civil aviation from the end
of WWII until the merger of BEA and BOAC to form British Airways. Considering the number of civil aircraft flying since 1945, it is
surprising that more books have not been published on their service. The author provides a very welcome and well-researched account of BEA, and its aircraft, which is a pleasure to read.

Great nostalgic review of what my father says were "the glory days of international travel".

Retired now, after 45 years at British Airways and its predecessors, I enjoy looking back.

A history from 1946 is a bit before my time (1957) whereas 1972 was an interesting time for me, by then a Licensed Aircraft Engineer carrying out the checks, the ground runs, and the preparation for airtests that followed major maintenance on the, then, BEA Engineering Base.

Charles Woodley paints an overview whereas I remember the detail of where I was at that time. Good to be reminded of the world beyond the Engineering Base and I'm now looking forward to Charles' next download to history - the years from 1972 to the present date (where BA has a punctuality, or so I just read, of 66% - second, apparently, in a list of the ten worst...) 5 STARS!

There are of course numerous black and white and colour archive photographs of aircraft, equipment, advertising media, route maps and personalities too. The anecdotes from former crew and ground-staff add the human element, making this a valuable reference work for enthusiast's bookshelves.

This interesting volume will be welcomed by civil aviation enthusiasts, model makers as well as ex employees of the airline, together with those researching the airline in any shape or form. I must admit, the book brought back many memories for me. As a child, I lived close to Heathrow and often watched BEA aircraft making their final approaches and years later as a trainee in the travel industry, I attended BEA ticketing courses, booked hundreds of passengers and often travelled on with this very British airline myself.

BEA was originally formed in 1946, when as part of the government's nationalisation policy, it took over most UK domestic and European routes from the smaller regional airlines. Initially flying with a fleet of outdated and often uneconomic aircraft, such as the DC-3, Avro Viking and Rapide, it had re-equipped with the more modern jet-prop Viscount towards the end of 1955 and achieved a more stable financial footing . By the early 1960â€™s the airline introduced larger jets such as the Comet, Trident and BAC 1-11and in 1974 went on to merge with BOAC to form the much larger British Airways still in existence today.

The volume includes what a remarkable fleet list, with full details of aircraft types, serial numbers, purchases and disposals too. There is a fascinating section on the airlineâ€™s predecessors and the early operations from the both Croydon and Northolt before the move to the newly-opened Heathrow. All aspects of the aviation business are covered in the publication and the reader will therefore find useful information on engineering bases, terminals, European and domestic passenger and cargo services as well as helicopter operations.

There are of course numerous black and white and colour archive photographs of aircraft, equipment, advertising media, route maps and personalities too. The anecdotes from former crew and ground-staff add the human element, making this a valuable reference work for enthusiastâ€™s libraries and bookshelves. 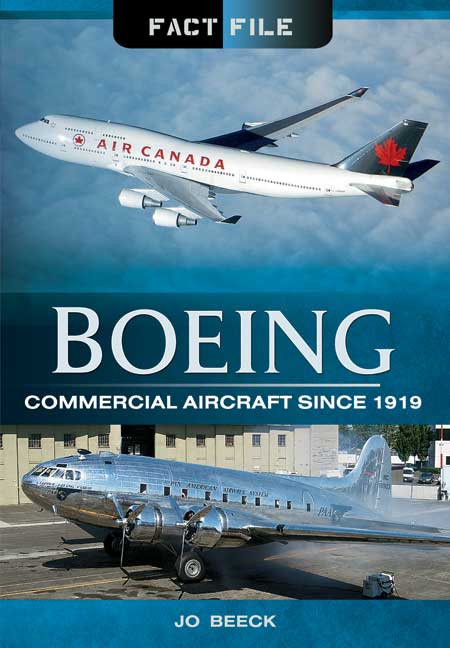 With their pioneering designs, the Boeing Company has paved the way for the commercial aviation in its present form. In this Fact File edition, all civil aircraft are featured with all the relevant data and images.

Click here to buy both titles for £27.98
More titles by Charles Woodley