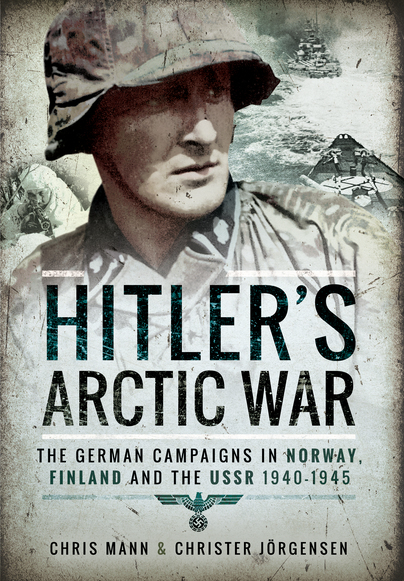 Add to Basket
Add to Wishlist
You'll be £14.99 closer to your next £10.00 credit when you purchase Hitler’s Arctic War. What's this?
+£4.50 UK Delivery or free UK delivery if order is over £35
(click here for international delivery rates)

‘In the past the German General Staff had taken no interest in the military history of wars in the north and east of Europe. Nobody had ever taken into account the possibility that some day German divisions would have to fight and to winter in northern Karelia and on the Murmansk coast.’ (Lieutenant-General Waldemar Erfurth, German Army). Despite this statement, the German Army’s first campaign in the far north was a great success: between April and June 1940 German forces totalling less than 20,000 men seized Norway, a state of three million people, for minimal losses. Hitler’s Arctic War is a study of the campaign waged by the Germans on the northern periphery of Europe between 1940 and 1945.

Within the book there are many nuggets which should inspire.