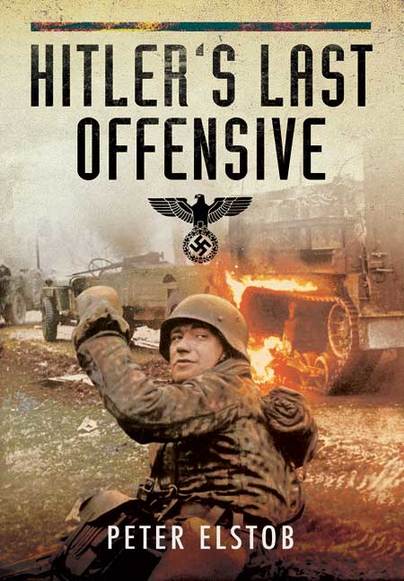 Add to Basket
You'll be £16.99 closer to your next £10.00 credit when you purchase Hitler's Last Offensive. What's this?
+£4 UK Delivery or free UK delivery if order is over £30
(click here for international delivery rates)

This is the full story of the Battle of the Ardennes. In the last weeks of 1944 the German armies in the West, after a continuous retreat since the Battle of Normandy five months earlier were regrouping in what they thought was to be the last battle in defence of the Fatherland. But Hitler had other plans - to mount an offensive through the Ardennes that would deal such a blow to the Western Allies that they would be willing to negotiate a separate peace. This is the offensive known as the Battle of the Bulge.

Could Hitler's gamble have succeeded? Could he have reached his objective, the port of Antwerp? Peter Elstob unfolds the whole panorama of the 'last offensive' which was one of the bloodiest battles of the Second World War, garnished with many acts of individual heroism and many errors of judgement by the firebrand General George Patton, the superb German generals and others. Paradoxically, all it ensured was that the Russians would reach Berlin first.

A very readable and carefully researched full story of the Battles of Ardennes. ... This is a book that those following the story of the Allied liberation of Occupied Europe will enjoy and find most informative.