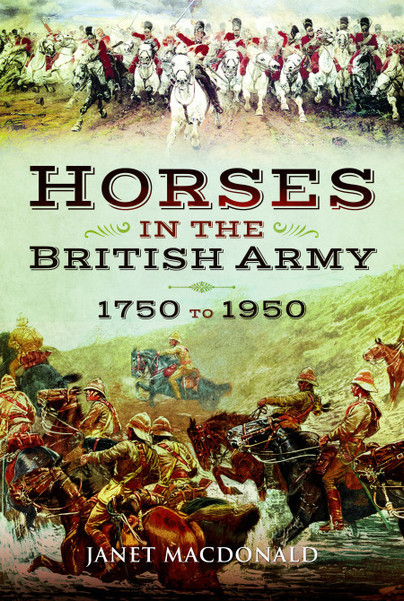 These days horses are mainly used for leisure activities the non-rider knows little about them in a modern context, let alone a historical one. For those who would like to know more, this book encompasses the whole spectrum of horses in the British army over a 200-year period, from their acquisition and training, through their care and feeding and their transportation to theatres of war overseas. Janet Macdonald describes how, until mechanization took over in the twentieth century, the British army used horses on a grand scale. The cavalry, messengers and officers rode horses, and horses pulled guns and wagons full of supplies. Their versatility made them almost as important as weaponry. But most men of the time were unlikely to know how to ride and had to be taught, and the horses had to be trained to tolerate extreme situations in which, civilian horses would simply panic and run. This process is explained here in fascinating detail. Janet Macdonald's study promises to be the standard work on this neglected aspect of the British army's history.

Horses in the British Army offers an abundance of well researched and informed material in a slack and dilatory compendium. Both books are rewarding; one is compelling.

A comprehensive history of the use of horses by the British army.

Because of its emphasis on ‘horse care’ this volume will probably appeal to readers who are primarily ‘horse-enthusiasts’. Readers seeking information about the care of horses within a very specific military environment may also find it worthy of their attention. Readers interested in combat use of the horse within the British army are certainly likely to find some information relating to that use.