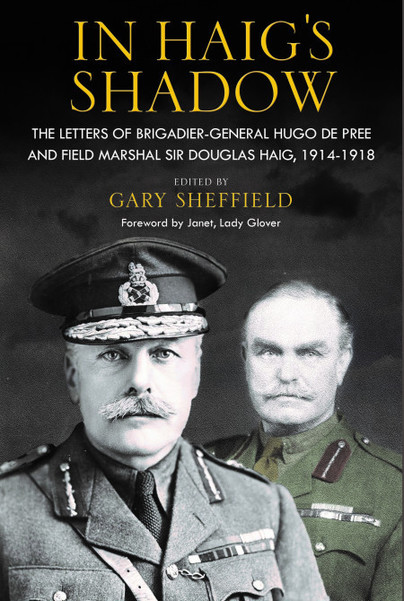 Add to Basket
Add to Wishlist
You'll be £10.00 closer to your next £10.00 credit when you purchase In Haig's Shadow. What's this?
+£4.50 UK Delivery or free UK delivery if order is over £35
(click here for international delivery rates)

In Haig's Shadow is an informative and entertaining book to read. Furthermore, the excellent notes made by the editor provide valuable context throughout and, notwithstanding the variety of topics covered, the narrative flows freely and logically. Recommended.

This book looks at the correspondence letters between Sir Douglas and his nephew Hugo de Pree, the book looks at the relationship between the two men which didn’t seem to receive much approval from Hugo de Pree’s more senior officers. The letters very much look at de Pree’s early military career along with explanatory noted on various battles, and looks at the context between then and the current or upcoming picture on the Western front. De Pree, a Brigadier General in France was a military strategist and was responsible for planning at the Battle of Canbrai and the German defensive in 1918.