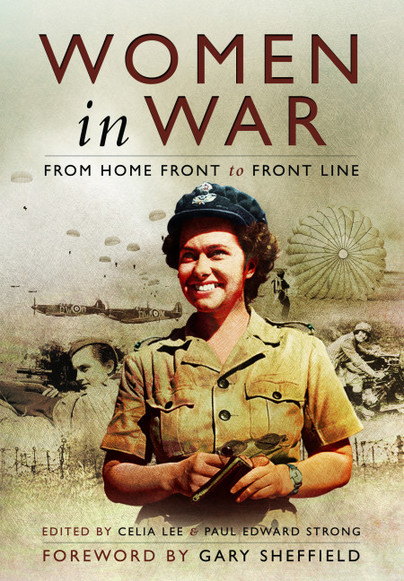 From Home Front to Front Line

Add to Basket
Add to Wishlist
You'll be £9.09 closer to your next £10.00 credit when you purchase Women in War. What's this?
+£4.50 UK Delivery or free UK delivery if order is over £35
(click here for international delivery rates)

The changing role of women in warfare, a neglected aspect of military history, is the subject of this collection of perceptive, thought-provoking essays. By looking at the wide range of ways in which women have become involved in all the aspects of war, the authors open up this fascinating topic to wider understanding and debate. They discuss how, particularly in the two world wars, women have been increasingly mobilized in all the armed services, originally as support staff, then in defensive combat roles. They also consider the tragic story of women as victims of male violence, and how women have often put up a heroic resistance, and examine how women have been drawn into direct combat roles on an unprecedented level, a trend that is still controversial in the present day. The collection brings together the work of noted academics and historians with the wartime experiences of women who have remarkable personal stories to tell. The book will be a milestone in the study of the recent history of the parts women have played in the history of warfare.

As featured on All About Shipping

Women In War was an interesting read... it was informative and held my interest.

This was an interesting book to find out about the roles of women in the war. I learned a lot and it made me admire and respect women who had jobs in the war.