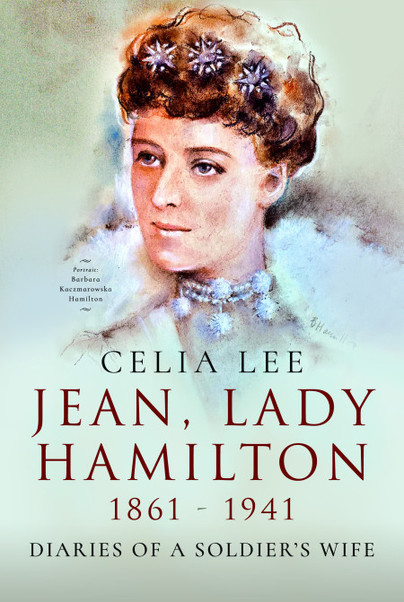 
"Jean Hamilton's diaries are a fascinating and enjoyable read, revealing the human side of people who made history and enhances our understanding of them"

Highlight: 'Jean Hamilton’s diaries are a fascinating and enjoyable read, revealing the human side of people who made history and enhances our understanding of them.' - Alexandra Campbell

If anything applies to the saying ‘never judge a book by it’s cover’. When I picked this book up and looked at the cover it does look more like a book from a number of 19th century female writers. But what a pleasant and fascinating surprise it was, I really enjoyed reading this book. It was a pleasure to read. It’s predominantly about the life of Jean Hamilton’s husband Ian as an officer during the Great War and life for both before and after for both. The book is written a bit like a diary and reveals a lot about what Edwardian life was like and the thoughts and meaning of being a woman/army wife in Edwardian Britain. There is also part of the book in which we learn about the young Winston Churchill and his wife and family. This book was quite revealing and a really informative book to read, one I have thoroughly enjoyed and could have read more about. I should add that Prof. Ian Beckett does the foreword in the book, and I was one of his students at university, now he wouldn’t remember me but I loved attending his lectures on ‘The Armies and Superpowers from about 1800’, one of my favourite years at university. I really enjoyed this book, please do read as it’s a great eye opener and one I’m happy to recommend.

This is an amazing story about Jean, Lady Hamilton, and her attempt to chronicle her husband's life as a top-flight but penniless soldier, this at a time when young Winston Churchill, who became a close family friend, was emerging from his own distinguished and very colourful military career to enter a life of politics and ultimately become the most famous politician of the first half of the 20th century. Jean Hamilton is one of those larger than life people of whom we know very little until a book such as Celia's comes along. Fanscinating...

Celia Lee has an unrivalled knowledge of the invaluable and detailed diaries kept by Jean, Ian Hamilton’s wife, and has written a remarkable biography based on those intimate daily records of the life of a member of the Edwardian power elite.