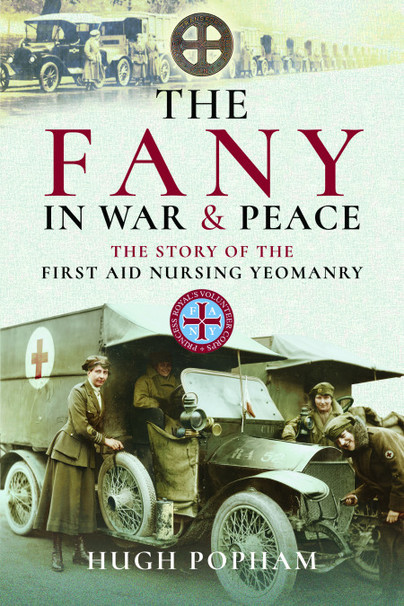 The FANY in Peace & War (Paperback)

The Story of the First Aid Nursing Yeomanry

As featured in the Daily Mail, December 2019: 'Nurses on the frontline: Photos celebrate the brave women who trained in mechanics, drove tanks and cared for wounded soldiers on the battleifelds of WWI and WWII'.

The strangely named First Aid Nursing Yeomanry traces its origins to the Great War. As a mark of their outstanding service they remained in being between the Wars. However, it is for their service during the Second World War that they are best known. They worked in a wide variety of roles both at home and overseas, both overt and covert.

Of the latter there were 39 girls who worked with SOE behind the lines with Resistance movements. Of these 13 were captured and killed, often after torture, including Odette Churchill and Violette Szabo. Many others worked as coders and decoders, running safe-houses and training agents and in a variety of supporting roles.

The Author has compiled his book from fascinating material from a variety of sources including many interviews with survivors.

Inspirational photos of nurses on the front line chart a century's heroic wartime service by an army of female volunteers.

Inspirational photos of nurses on the front line chart a century's heroic wartime service by an army of female volunteers.