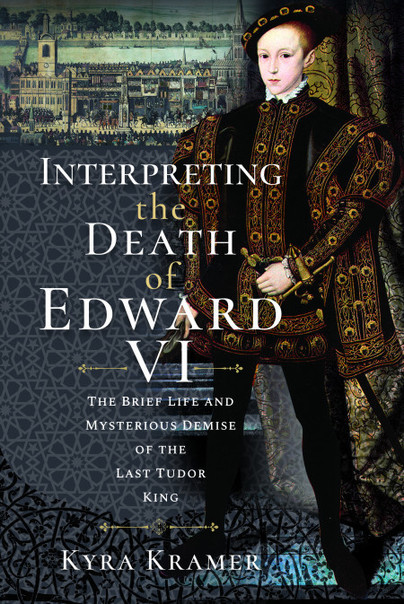 The Life and Mysterious Demise of the Last Tudor King

Preorder
Add to Wishlist
You'll be £16.00 closer to your next £10.00 credit when you purchase Interpreting the Death of Edward VI. What's this?
+£4.50 UK Delivery or free UK delivery if order is over £35
(click here for international delivery rates)

King Edward VI tends to be glossed over in the historical narrative of the Tudor dynasty. His achievements during his brief time on the throne are eclipsed by the tumultuous and fascinating reigns of his grandfather, father and two half-sisters.

This does a great disservice to the precocious and remarkable boy-king. Even with his early death, his effect on English history is undeniable - if he had lived, he would have almost certainly have been considered the greatest of the Tudor monarchs.

What killed this impressive young man before he could deepen his mark on history? Moreover, is that medical mystery connected to the premature deaths of the other Tudor male heirs?

Interpreting the Death of Edward VI is an exploration into the life, illness and unusually early death of Henry VIII's overshadowed son. The author uses her expertise in Tudor medical history to investigate and provide an in-depth analysis of the prevailing theories of what might have killed the otherwise healthy young Tudor before he reached adulthood.