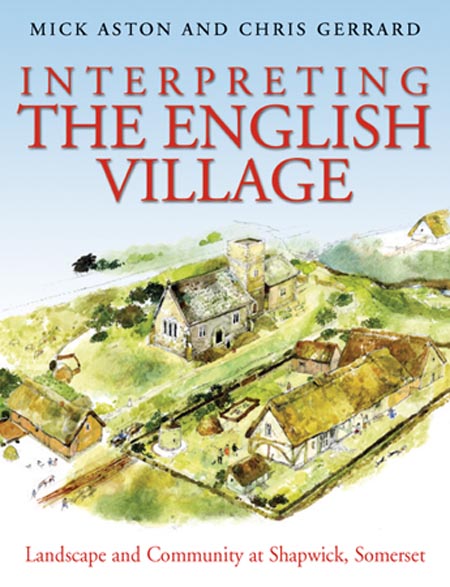 Landscape and Community at Shapwick, Somerset

Add to Basket
Add to Wishlist
You'll be £25.00 closer to your next £10.00 credit when you purchase Interpreting the English Village. What's this?
+£4.50 UK Delivery or free UK delivery if order is over £35
(click here for international delivery rates)

An original and approachable account of how archaeology can tell the story of the English village. Shapwick lies in the middle of Somerset, next to the important monastic centre of Glastonbury: the abbey owned the manor for 800 years from the 8th to the 16th century and its abbots and officials had a great influence on the lives of the peasants who lived there. It is possible that abbot Dunstan, one of the great reformers of tenth century monasticism directed the planning of the village. The Shapwick Project examined the development and history of an English parish and village over a ten thousand-year period. This was a truly multi-disciplinary project. Not only were a battery of archaeological and historical techniques explored - such as field walking, test-pitting, archaeological excavation, aerial reconnaissance, documentary research and cartographic analysis - but numerous other techniques such as building analysis, dendrochronological dating and soil analysis were undertaken on a large scale. The result is a fascinating study about how the community lived and prospered in Shapwick. In addition we learn how a group of enthusiastic and dedicated scholars unravelled this story. As such there is much here to inspire and enthuse others who might want to embark on a landscape study of a parish or village area. Seven of the ten chapters begin with a fictional vignette to bring the story of the village to life. Text-boxes elucidate re-occurring themes and techniques. Extensively illustrated in colour including 100 full page images. This title was the winner of the 2014 British Archaeological Association's Best Archaeological Book Award.