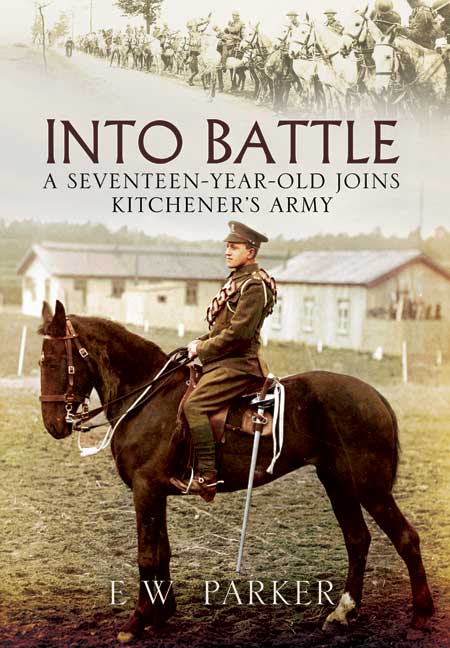 Add to Basket
Add to Wishlist
You'll be £12.99 closer to your next £10.00 credit when you purchase Into Battle. What's this?
+£4.50 UK Delivery or free UK delivery if order is over £35
(click here for international delivery rates)

Written well over 90 years ago while the experiences of youth were still fresh in the author's mind, this is the story of a seventeen-year-old boy from the time he joined Kitchener's Army, as one of the first hundred thousand in 1914, until he found himself in hospital - an officer with the Military Cross - recovering from his last wound, on the day of the Armistice, 11 November, 1918.

In no way a formal record of the great and terrible events it describes, this is a purely personal, almost private, account. It is a plain, unvarnished tale - and all the more effective for that - of heroism, and the horror peculiar to trench warfare of the First World War.

Interspersed with moments of pity, humour and a deep response to natural beauty and peace out of the firing line, it is a record which in its details, direct simplicity and manner of telling, comes nearer to the truth than many more ambitious accounts.

Terraine describes this slim volume as a 'minor classic' from an era when some accounts were spars, both in number and detail. This is quite an impressionistic memoir of places served, people met and experiences gained. A generosity of spirit in the author is apparent towards all, even occasionally to Germans he encounters. Thus this can be a rewarding read.