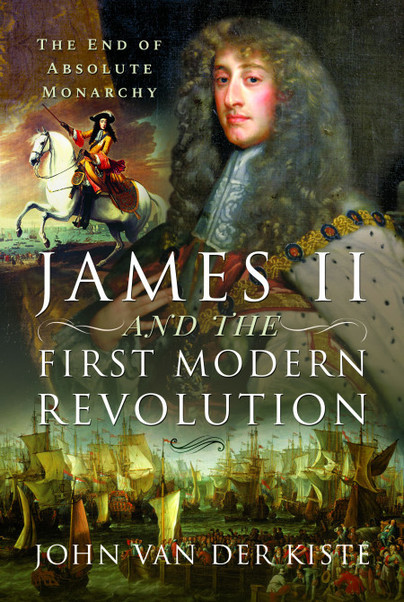 Add to Basket
Add to Wishlist
You'll be £20.00 closer to your next £10.00 credit when you purchase James II and the First Modern Revolution. What's this?
+£4.50 UK Delivery or free UK delivery if order is over £35
(click here for international delivery rates)

A book about an underrepresented King of England, mainly because of his short reign as king of 3 years and the fact that he was Catholic in a majority Protestant country. The people of Britain could see how bad things were for Protestants in France and were in no mood for a Catholic king and the chance that french feelings might move across the channel and be replicated here as in France. James II also didn’t help himself in that he was so stubborn and had previously fought for the Spanish on the Catholic side, it meant that any attempts he tried to introduce any type of Catholic laws or ways were doomed to failure. This has been really good book to read, quite concise and detailed but a good and informative read through some good chapters. I would recommend this book to others and have enjoyed the writing of the author John Van Der Kiste.