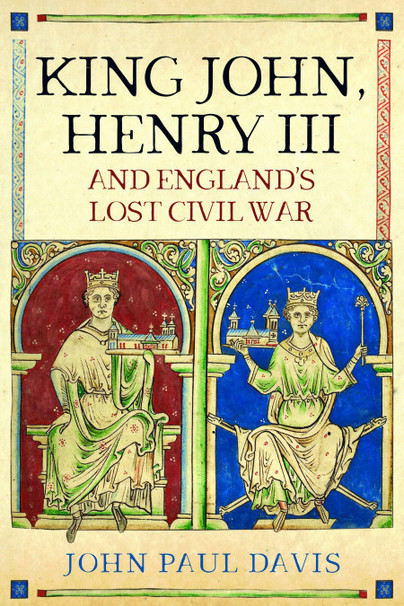 You'll be £17.50 closer to your next £10.00 credit when you purchase King John, Henry III and England’s Lost Civil War. What's this?
+£4.50 UK Delivery or free UK delivery if order is over £35
(click here for international delivery rates)


If you have any interest in early mediaeval England then I would unreservedly recommend this. I really enjoyed the book…

The Anarchy was the first civil war in post-Conquest England, enduring throughout the reign of King Stephen between 1135 and 1154. It ultimately brought about the end of the Norman dynasty and the birth of the mighty Plantagenet kings. When Henry I died having lost his only legitimate son in a shipwreck, he had caused all of his barons to swear to recognize his daughter Matilda, widow of the Holy Roman Emperor, as his heir and remarried her to Geoffrey, Count of Anjou. When she was slow to move to England on her father’s death, Henry’s favourite nephew Stephen of Blois rushed to have himself…