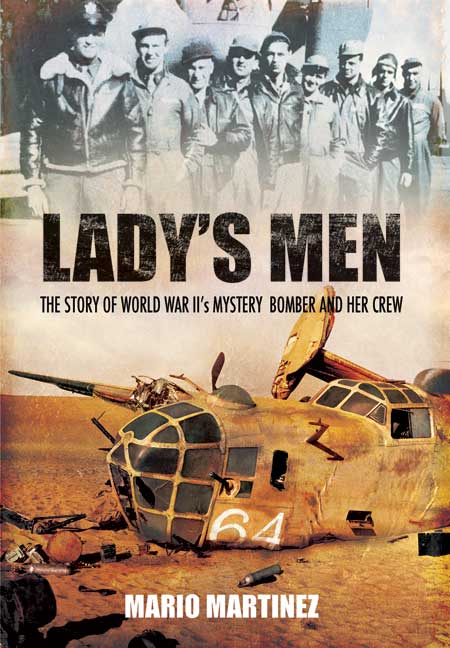 The Story of World War II's Mystery Bomber and Her Crew

Add to Basket
Add to Wishlist
You'll be £9.09 closer to your next £10.00 credit when you purchase Lady's Men. What's this?
+£4.50 UK Delivery or free UK delivery if order is over £35
(click here for international delivery rates)

In April 1943 Lady Be Good, an American Liberator bomber, vanished into the night while returning to base at Benghazi, Libya, following a mission to Naples, Italy. All attempts to find the aircraft and her crew proved unsuccessful, and they became just one more casualty of the war. Fifteen years later, oil geologists spotted the bomber's remarkably well-preserved remains from the air some 400 miles southeast of Benghazi. Reports to American and British authorities provoked no interest. The investigation and reconstruction of the ill-fated mission was left to geologist Don Sheridan, who led a survey party to the plane and eventually located the crew and evidence of their desperate attempt to survive in the forbidding desert environment.

Fascinated by rumors of the tragedy, Mario Martinez spent years attempting to find out exactly what happened. His account of the mystery is riveting. An intriguing piece of detective work, the story he has put together tells of the crew's courageous efforts to save themselves. It is a story with broad appeal, as evidenced by the popularity of a television documentary broadcast when this book was first published in 1995.

This book tells three linked stories. The first is of the raid and the Lady Be Good’s role in it. The second is the unsuccessful survival efforts of the aircraft’s crew deep in the Libyan Desert. The third is of the post-war efforts to find the aircraft and its crew, something that involved oilmen, the US Army Mortuary System and possibly even the British Army. All three are fascinating tales.
This edition includes a second epilogue examining the possible discovery of the last member of the aircraft’s crew, whose fate was unknown when the book was originally written.

This book tells the remarkable story of how the surveyors returned to the aircraft, which other than crash damage was in excellent conditions – the radios still worked! – and which contained tantalising clues about the last flight in the navigation and radio logs still on board. But there was no sign of the nine-man crew.
There are many twists and turn to this remarkable story, which I won’t spoil by revealing, suffice to say eight out of the nine missing bodies were eventually found.
I could not put this book down, and I think any pilot would find it a most interesting read.

Worthy of being made into a movie - an astonishing account of a true story.