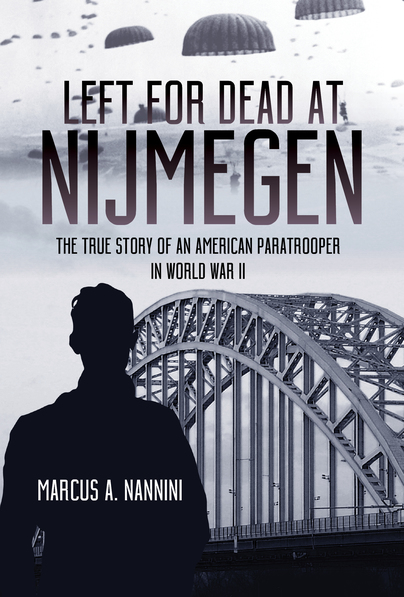 Left for Dead at Nijmegen (Hardback)

The True Story of an American Paratrooper in World War II

Add to Basket
Add to Wishlist
You'll be £25.00 closer to your next £10.00 credit when you purchase Left for Dead at Nijmegen. What's this?
+£4.50 UK Delivery or free UK delivery if order is over £35
(click here for international delivery rates)

This true story of an American paratrooper who became a POW after Operation Market Garden and had a unique interrogation by Heinrich Himmler himself, offers a remarkable record of the wartime experiences of a paratrooper from the 508th.