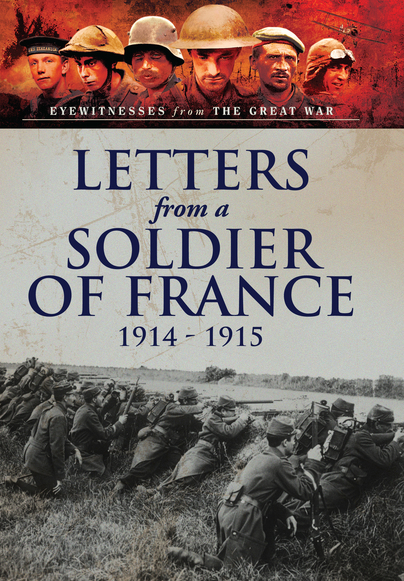 In March 1915, a young French artist-turned soldier went missing in action. He left behind a remarkable series of letters which, due to wartime security, had to be edited and published anonymously under the title Letters of a Soldier 1914-1915. This powerful volume was for many years out of print, but this new edition corrects that unhappy situation and provides an English speaking readership with a rare and much needed insight into what it meant to experience the Great War from the sharp end during the desperate struggles of the French Army fighting for its survival in 1914 and 1915.

Originally published by Constable & Co., London in 1917 with a preface by André Chevrillon, this evocative and moving primary source volume is essential reading for anyone who seeks to understand the role of the French army in the opening battles of the Great War.

Andr Chevrillon (18641957) was a French writer, a nephew of Taine, who chose England and the Orient as objects of study. Chevrillon was born at Ruelle (Charente), and educated at the University College School (London), the cole Alsacienne (Paris), the Lyce Louis-le-Grand, and the University of Paris. He was a professor of English at the cole Navale of Brest in 1887-1888, and from 1889 to 1894 was Matre de confrences at the Faculty of Letters of the University of Lille. He was with the British Army at the front during the War.