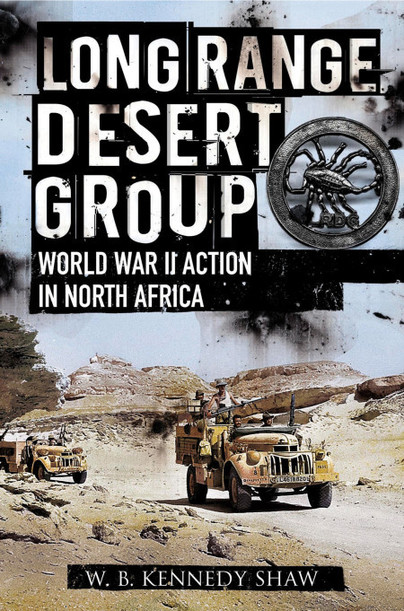 Add to Basket
Add to Wishlist
You'll be £14.99 closer to your next £10.00 credit when you purchase Long Range Desert Group. What's this?
+£4.50 UK Delivery or free UK delivery if order is over £40
(click here for international delivery rates)


Described by Major General David Lloyd Owen (formerly a Lieutenant with the LRDG in its earliest days and later its Commanding Officer) as a ‘factual and exciting chronicle’ with an ‘evocative and stirring narrative’ this is essential reading for those wanting to understand the both LRDG and the early days of the SAS.

The Long Range Desert Group achieved remarkable success during the North African campaign, sometimes as a small scale raiding force but chiefly in a reconnaissance role, operating hundreds of miles behind the lines to report on enemy strengths and movements. There can be few who are better placed to tell this story than Bill Kennedy Shaw, who had spent over 10 years prior to the war becoming an expert on the Libyan Desert before serving as the Group's Intelligence Officer, participating in the first sorties then working at Group Headquarters, where he was uniquely placed to observe the bigger picture. He wrote this most authoritative account in 1945 while the facts were still fresh in his mind, and it describes in wonderful detail the rapid foundation of the unit and its numerous exploits, revealing the enormous skill with which they operated in and navigated their way across the desert, and the methods they used to avoid detection and escape when spotted. Included amongst the appendices are a roll of honour, order of battle, a list of the many awards issued to personnel of the LRDG, and a precise breakdown of the rations required per man.