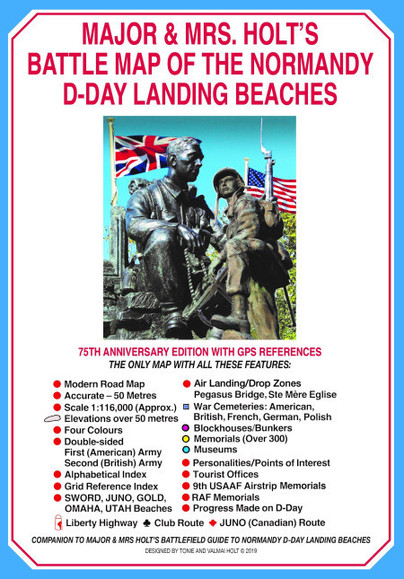 Add to Basket
Add to Wishlist
You'll be £5.99 closer to your next £10.00 credit when you purchase Major & Mrs Holt’s Battle Map of The Normandy D-Day Landing Beaches. What's this?
+£4.50 UK Delivery or free UK delivery if order is over £35
(click here for international delivery rates)

Showing the sea Assault formations for UTAH, OMAHA, GOLD, JUNO and SWORD Beaches and the air Assault Formations round Ste M Eglise and Pegasus Bridge; the D-Day Objectives and the Ground Gained on D-Day.

This map seems fairly detailed and would be useful for someone touring the D-Day Landing beaches if they’re searching for specific sites. 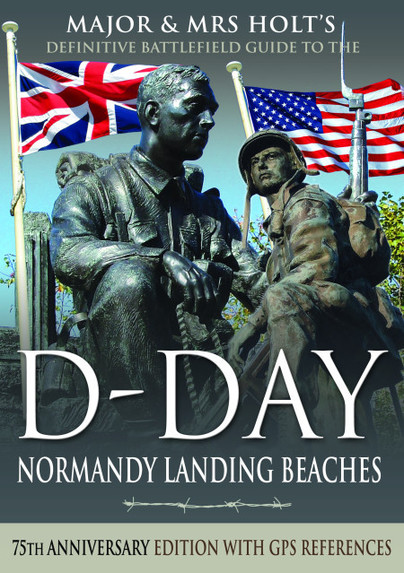 Already the best-selling English-language guide to the area, universally known as THE BIBLE, this is the 75th anniversary, completely revised, up-to-date, much expanded edition of the DEFINITIVE GUIDE TO THE D-DAY NORMANDY LANDING BEACHES. The third in the Holts' important series of Battlefield Guides (following the Somme and the Ypres Salient) it employs the same, highly acclaimed formula. Once again the cold facts are interlaced with anecdotes of bravery, humour, sadness and humanity. This new edition now contains: All the landing Beaches: JUNO, SWORD, GOLD, OMAHA, UTAH All the Airborne Operations:…

Click here to buy both titles for £22.98
More titles by Major and Mrs Holt