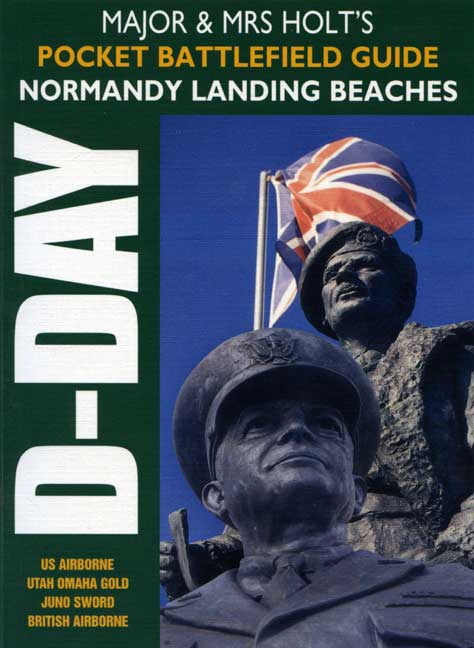 Click here for help on how to download our eBooks
Add to Basket
Add to Wishlist
You'll be £4.99 closer to your next £10.00 credit when you purchase Major & Mrs Holt's Pocket Battlefield Guide to Normandy Landing Beaches. What's this?
Need a currency converter? Check XE.com for live rates

This guide book covers the present-day battlefield, and the actions that took place on and immediately behind the D-Day beaches, and Major and Mrs Holt's Pocket Guide to Normandy has been put together to take you around the area.

This book, part of a new series of guides, is designed conveniently in a small size, for those who have only limited time to visit, or who are simply interested in as an introduction to the historic battlefields, whether on the ground or from an armchair. They contain selections from the Holts' more detailed guide of the most popular and accessible sites plus handy tourist information, capturing the essential features of the Battles.

The book contains many full colour maps and photographs and detailed instructions on what to see and where to visit.