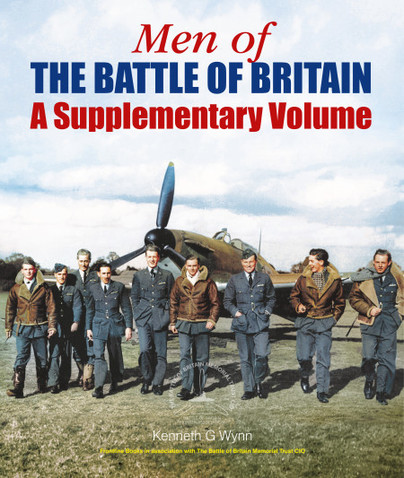 Men of the Battle of Britain (Hardback)

Add to Basket
Add to Wishlist
You'll be £17.50 closer to your next £10.00 credit when you purchase Men of the Battle of Britain. What's this?
+£4.50 UK Delivery or free UK delivery if order is over £35
(click here for international delivery rates)

Since it was first published in 1989, Men of the Battle of Britain, the complete third edition of which was published in 2015, has become a standard reference book for academics and researchers interested in the Battle of Britain. This remarkable publication records the service details of every airman who took part in the Battle of Britain, and who earned the Battle of Britain Clasp, in considerable detail. Where known, an individual’s various postings and their dates are included, as are promotions, decorations, and successes claimed whilst flying against the enemy. There is also much personal detail, often including dates and places of birth, civilian occupations, dates of death and place of burial or, for those with no known grave, place of commemoration. There are many wartime head-and-shoulders photographs.

Inevitably, the passage of time ensures that there is a constant re-evaluation of the wealth of information contained within Men of the Battle of Britain. At the same time, since the 2015 edition it has been possible to expand many individual entries, some 330 in total, to give some idea of the wider social context around the aircrew who earned the Battle of Britain Clasp. This has been achieved by reference to existing sources, including information supplied by The Few themselves and their relatives over many years, as well as new research.

This invaluable supplement to the 2015 edition ensures that these additions and revisions are available to all researchers, historians, enthusiasts and general readers.