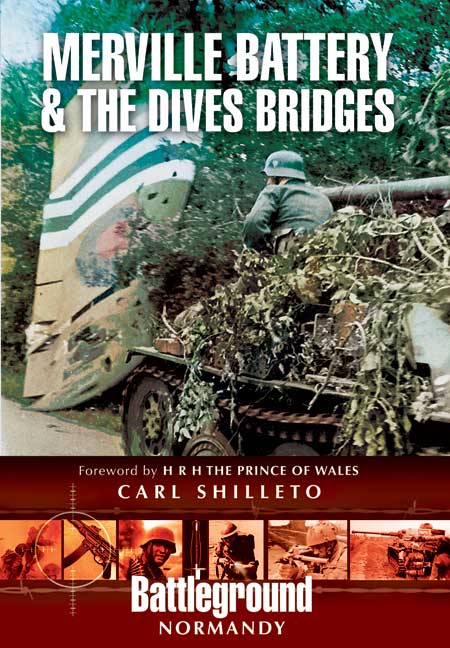 Add to Basket
You'll be £12.99 closer to your next £10.00 credit when you purchase Merville Battery & The Dives Bridges. What's this?
+£4 UK Delivery or free UK delivery if order is over £30
(click here for international delivery rates)

Order within the next 8 hours, 9 minutes to get your order processed the next working day!

This book examines, in great detail, the attack by 9 Para Bn of the British 6th Airborne Division on the German gun emplacement known as the Merville Battery on D-Day, 6 June 1944. The actions of 8 Para, 12 Para, Canadian 1 Para, attached engineer and support units, and commando raids in this area of Normandy are also told. In particular, the importance of destroying the five bridges, and a drainage culvert, in the Dives valley are explained along with the importance of taking and holding the high ground to the north-east of Caen. These combined actions resulted in the protection and securing of the left flank of the greatest combined military operation in history; Operation OVERLORD.

In addition to explaining how these objectives were achieved, this battlefield guide relates the battles to the area as it is today. The book contains details of the museums, memorials, cemeteries and associated organizations. All of which will unravel the history of the area to the visitor and armchair traveler alike.

To further aid the battlefield tourist, GPS data is also provided for either satellite navigation by vehicle or for viewing on Google Earth.

“Packed with historical information, the book also offers travel advice on visiting the 6th Airborne Divisions area of operations in Normandy, including details of museums, memorials, cemeteries, tours and relevant organisations. It also provides GPS data for sat navs or for viewing on Google Earth. A superb guide for battlefield and ancestral tourists or armchair enthusiasts alike.”

This is one of a two part guide to the battlefields fought over by the British airborne forces on D-Day, combining a history of the fighting with a series of tours of the area. This volume looks at the attack on the Merville gun battery and operations nearby, while the second focuses on Pegasus Bridge.

The book is divided into six tours, with a general introduction that looks at the invasion planning and the German defenses. Each tour chapter begins with an account of the fighting in the area covered, followed by the detailed tour.

I don't know the area being described, so I can't comment on the accuracy of the guide sections, but they appear to be well researched, and are very detailed. Each tour is illustrated by a clear black and white road marked with chapter numbers to guide the reader to the right part of the text. The guides are very well illustrated, with maps and modern and wartime photographs.

A very significantly updated second edition to Carl Shilleto's "Pegasus Bridge / Merville Battery" battlefield guide. This first book has now been expanded into two volumes, each comparable in size to the original and so containing a great wealth of additional information. Whilst it possesses all that one would desire from a battlefield guide, it seems unfair to regard this as its only purpose as its historical narrative is not content with a vague overview of events, but quotes from reports, veterans accounts and gives specific details of actions which range from the major to the relatively obscure. It is, therefore, quite a comprehensive historical study in its own right, indeed I must say that the original volume was of very considerable use to me when I was carrying out my own research many years ago. 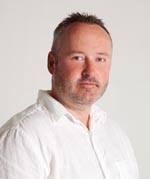 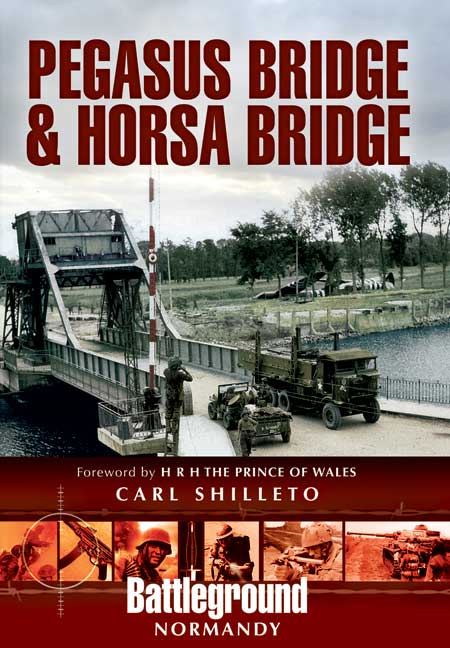 This battlefield guide is the companion work to Merville Battery & The Dives Bridges. Together, these two books form the fully revised and updated edition of the previous best selling Battleground Europe Series book Pegasus Bridge & Merville Battery. This book examines, in great detail, the attack by 2 Oxf Bucks and engineers of the British 6th Airborne Division, in six gliders, on the Caen Canal and River Orne bridges in the early hours of D-Day, 6 June 1944. It also describes part of the battle for the village of Bènouville by 7 Para and Ranville by 13 Para. It was the combination of these…

By Carl Shilleto, HRH The Prince of Wales

Click here to buy both titles for £25.98
Other titles in the series...
eBook