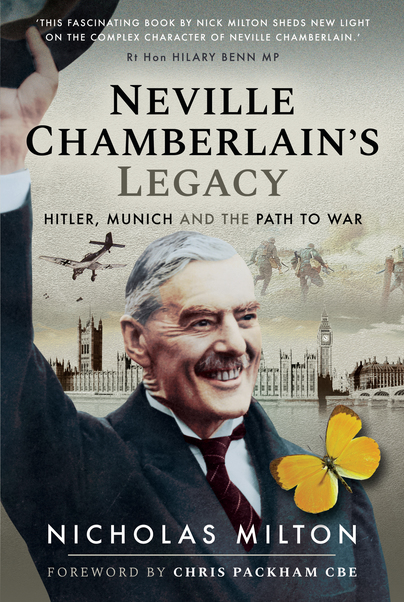 Add to Basket
Add to Wishlist
You'll be £12.50 closer to your next £10.00 credit when you purchase Neville Chamberlain's Legacy. What's this?
+£4.50 UK Delivery or free UK delivery if order is over £40
(click here for international delivery rates)

Order within the next 7 hours, 6 minutes to get your order processed the next working day!

There really is a lot more to him than his, at the time, extremely popular policy of appeasement. Historical TV drama producers ought to contact Nicholas Milton as soon as possible.

An important read for anyone with an interest in the prelude to World War II.

Neville Chamberlain was a complex individual who acted from what he thought was a reasonable position, but could be considered an architect of WWII. Chamberlain was applauded when he returned from Hitler claiming Peace in Our Time, a claim that did not age well. – Highly Recommended.

Neville Chamberlain was born in Birmingham on 18 March 1869 to a political family. He was the youngest son of Joseph Chamberlain, a Victorian Cabinet minister, and the half-brother of Austen, a Chancellor of the Exchequer. He was educated at Rugby and Mason College, Birmingham.