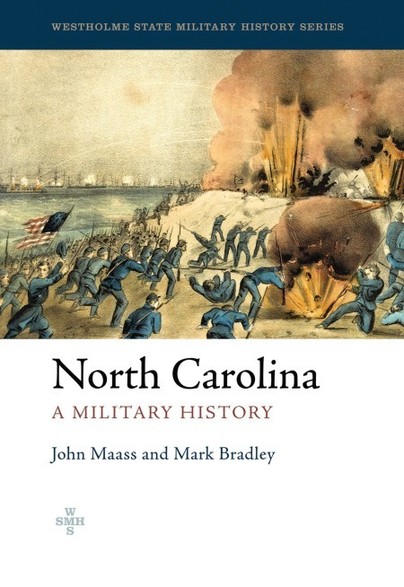 Preorder
Add to Wishlist
You'll be £23.96 closer to your next £10.00 credit when you purchase North Carolina. What's this?
+£4.50 UK Delivery or free UK delivery if order is over £35
(click here for international delivery rates)

As one of the first colonies explored and established in North America, North Carolina boasts a military history that goes back over four hundred years. From the expeditions of Spanish conquistadors to English attempts to establish coastal outposts in the 1590's, North Carolina saw a variety of military actions since its earliest exploration, including conflicts with Native Americans, the expansion of European dynastic wars to the New World, and the race to secure ready access to slaves, riches, and other resources.

The American Revolution proved to be a painful experience as the new state was the scene of several key battles and campaigns; moreover, hostilities between Patriots and Loyalists were particularly violent, creating a bitter divide that lasted for years. During the American Civil War, North Carolina played a pivotal role. As part of the Confederate States of America, the state was the scene of several important battles, while in 1865, one of the two main armies of the Confederacy surrendered to Union forces at near Durham Station, effectively ending the conflict.

The twentieth century saw two tragic world wars, and North Carolina contributed to the war efforts of both these conflicts through its men and women in uniform and the major military camps and bases within its borders, including Fort Bragg and Camp Lejeune. Finally, Tar Heels served in great numbers during the Cold War—particularly in Korea and Vietnam—and this service continues during today’s War on Terror.

This fourth volume in Westholme’s State Military History Series, North Carolina: A Military History will provide readers with a comprehensive overview of North Carolina’s long and storied martial past, recounting wars from the colonial period to the present, and relating the heroism and sacrifices of its citizens and soldiers over the past four centuries. The book is illustrated with original maps and numerous photographs and line drawings, and includes recommendations for further reading.

John R. Maass is a historian at the National Museum of the US Army, Fort Belvoir, Virginia. A retired officer in the US Army Reserves, he received his PhD from the Ohio State University and is author of many books of military history.