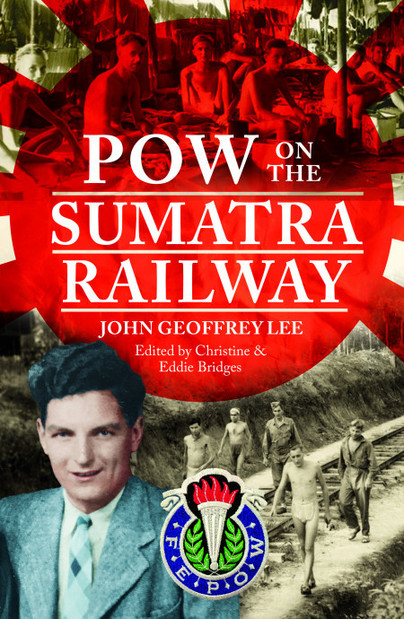 POW on the Sumatra Railway (Hardback)

Preorder
Add to Wishlist
You'll be £16.00 closer to your next £10.00 credit when you purchase POW on the Sumatra Railway. What's this?
+£4.50 UK Delivery or free UK delivery if order is over £35
(click here for international delivery rates)

John Geoffrey Lee (always known as Geoff) joined the RAF on his 20th birthday in June 1941. He left Liverpool on a troop ship in December 1941, with no idea where he was going. He eventually arrived in Java, where he was captured by the Japanese, along with many others. During his time in captivity, he survived several camps in Java, Ambon and Singapore and three hell ship journeys. After being washed ashore in Sumatra, (as a ferry he was being transported on blew up), he was then recaptured and suffered sheer hell as a slave on the Sumatra Railway. Enduring bouts of malaria, beri beri, tropical ulcers and a starvation diet was bad enough, but this was exacerbated by the searing heat and extreme cruelty meted out to the prisoners by the Japanese and Korean guards. Geoff miraculously survived, weighing just 6 stone when he arrived back in Liverpool in December 1945.

After his release he found he had difficulty in convincing people where he had been as no one had heard of the “Sumatra Railway”, only the other one, thousands of miles away in Burma. Letters to newspapers were returned as ‘Just another Burma Railway story’.

The Ministry of Defence, Commonwealth War Graves Commission, and The Imperial War Museum had no records of POWs building a railway in Sumatra.

So began Geoff’s journey, his aim… to prove to the establishment what he already knew to be true. This is Geoff's story of his captivity, release, and subsequent efforts in achieving his aim.

Christine Bridges is the daughter of Geoff Lee, who promised her dad before he passed away that she would get his book published. Her husband Eddie had started to talk to Geoff about his experiences in the Far East in the 1970s, and he was paramount in helping him to research and contact Far East Prisoners of War in Sumatra.