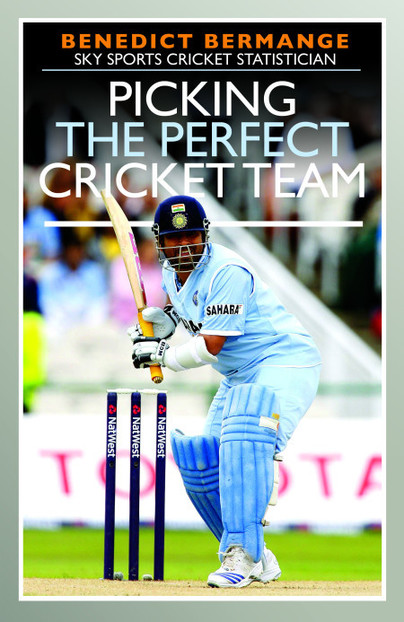 Add to Basket
Add to Wishlist
You'll be £14.99 closer to your next £10.00 credit when you purchase Picking the Perfect Cricket Team. What's this?
+£4.50 UK Delivery or free UK delivery if order is over £40
(click here for international delivery rates)

Everyone has always loved to rank sportsmen and which cricket fan hasn’t enjoyed picking their own teams and playing imaginary matches, using dice, cards, table-top games or computers? “You can’t compare eras” is an oft-quoted phrase but it certainly hasn’t stopped countless generations of fans sitting around the school playground, dinner table, pub garden or international match debating who were the greatest players of all time.

In this book players are ranked, split according to their roles. Openers, middle-order batsmen, all-rounders, wicket-keepers, fast bowlers and slow bowlers are all selected in the same proportions in which they make up a team.

In a game awash with numbers, every cricket fan knows what 99.94 and 501 relate to. Some of the numbers explored here transcend the game itself and have become part of cricket’s long historical narrative. I guarantee your list would be different, so let the debates begin!

Picking the Perfect Cricket Team is an easy read, and an absorbing one and, I would suggest, it will make an entertaining Christmas present for any cricket lover who you wish to keep quiet on Boxing Day.

This was a fascinating read. Being an American that is slowly learning about cricket, it is nice to read about the history and stats of the best players of all time. I found it interesting that the book picked players from all over the world, not just the UK.

Benedict Bermange joined the ICC Cricket Ratings team at the age of 12, and first worked on cricket professionally during the 1999 Cricket World Cup in England. Educated at Haberdashers’ Boys’ School and Durham University, he has been the Statistician for Sky Sports Cricket and NFL since 2006. Having grown up a regular visitor to Lord’s, he now lives in Bristol, a stone’s throw from the County Cricket Ground. 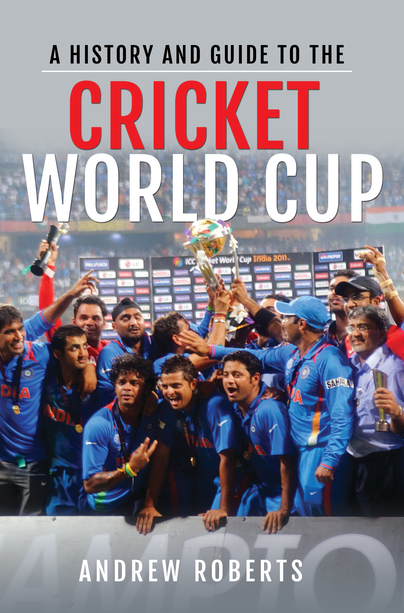 A History & Guide to the Cricket World Cup (Paperback)

For the first time in 20 years, the Cricket World Cup returns to England and Wales and with the England team close to the top of the one day rankings, expectation and enthusiasm for this event is bound to be high. Each of the eleven tournaments have been written up to include records of matches and individual performances, as well as a brief setting of the scene. Clear and concise, these chapters include the relevant statistics, such as the highest and lowest totals, match aggregates, highest partnerships, top individual batting and bowling performances and biggest and smallest victory margins.…

Click here to buy both titles for £21.49
More titles by Benedict Bermange
Preorder