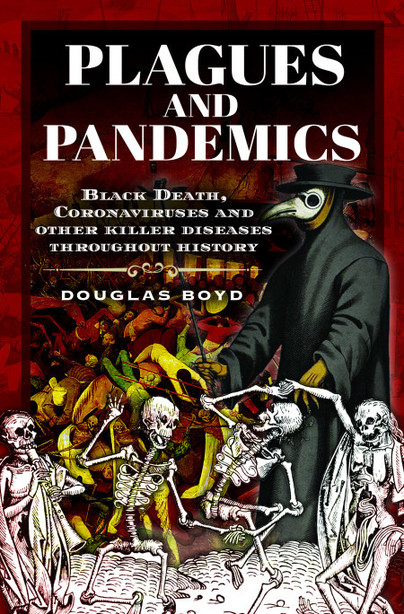 Black Death, Coronaviruses and Other Killer Diseases Throughout History

Preorder
Add to Wishlist
You'll be £16.00 closer to your next £10.00 credit when you purchase Plagues and Pandemics. What's this?
+£4.50 UK Delivery or free UK delivery if order is over £35
(click here for international delivery rates)

All you need for a plague to go pandemic are population clusters and travellers spreading the bacterial or viral pathogens. Many prehistoric civilisations died fast, leaving cities undamaged to mystify archeologists. Plague in Athens killed 30% of the population 430-426 BCE. When Roman Emperor Justinian I caught bubonic plague in 541 CE, contemporary historian Procopius described his symptoms: fever, delirium and buboes – large black swellings of the lymphatic glands in the groin, under the arms and behind the ears. That bubonic plague killed 25 million people around the Mediterranean. Later dubbed Black Death, it killed 50 million people 1346-1353, returning to London 40 times in the next 300 years. The third bubonic plague pandemic started 1894 in China, claiming 15 million lives, largely in Asia, before dying down in the 1950s after visiting San Francisco and New York. But it also hit Madagascar in 2014, and the Congo and Peru. The cause, yersinia pestis was identified in 1894. Infected fleas from rats on merchant ships were blamed for spreading it, but Porton Down scientists have a worrying explanation why the plague spread so fast.

Any disease can go epidemic. Everyday European infections brought to the Americas by Cortes’ conquistadores killed millions of the natives, whose posthumous revenge was the syphilis the Spaniards brought back to Europe. The mis-named Spanish ’flu, brought from Kansas to Europe by US troops in 1918 caused more than 50 million deaths. Fifty years later, H3N2 ’flu from Hong Kong killed more than a million people.

One coronavirus produces the common cold, for which neither vaccine nor cure has been found, despite the loss of millions of working days each year. That other coronavirus, Covid-19 was NOT the worst pandemic. Chillingly, historian Douglas Boyd lists many other sub-microscopic killers still waiting for tourism and trade to bring them to us.

This book is a fascinating look and plagues, pandemics, epidemics and illness throughout history. For me this book set Covid in the context of recent and not so recent health history, with a very useful glossary of terms too!

Full of information and thoroughly researched, this makes chilling reading.

And you thought that the first wave of the novel Corona virus was bad! This author digs through the detritus of wars and history to bring light onto many other death bringers and also to show some perspectives on some things Western civilizations thought they knew. Like the fact that the people of India and elsewhere were inoculating against smallpox long before Jenner (or George Washington). The rapid contagion as well as the VERY short course of some other devastating illnesses was a real eye opener to this retired nurse who remembers polio and Rheumatic Fever (don't even talk to me about MRSA!)... Fascinating!

I think this was a very informative book for people who want a jumping off point to start learning about the history of pandemics.

The non-fiction book opens with a glossary to the medical terms and classification of diseases, which of course is very useful. The plagues and pandemics in the chapters follow a chronological pattern starting with those we know about from ancient times to the Covid-19 pandemic and other potential devastating diseases that exist. The text is laid out in a clear structure.

Douglas Boyd is an historian, not a medical expert, and this makes his book easy to follow for the layman, with all medical terms explained either at the time or in the glossary. All the famous pandemics and diseases are there: the Black Death, the Great Plague, cholera, HIV, typhoid and influenzas. The understanding of how disease worked is discussed, with the ideas ranging from the wrath of God to the misalignment of stars and well as the modern day discoveries of how DNA and pathogens work.

The scariest part of this book is how we already know that there are microorganisms ready to start the next pandemic. Essential reading for those interested in the history of health or why pandemics exist.

As we are living during a pandemic it's interesting to learn about what happened in the past.
This book is well researched and answered to some of my questions and made me learn something new.
Informative, well researched and compelling.
Recommended.

If you want to know more about where we are today with viral infection and pandemic, this is a good place to start.

This book was an excellent historical and, often scientific look at plagues throughout history. It was interesting and informative without being dry or boring. This would be a great addition to a World History class.

Well written and researched compact book with lots of info I haven't read elsewhere. Really puts covid in perspective. I think this book will appeal to a casual reader who might be interested in past, and present plagues and pandemics, that have declare war on us with greater frequency than one would think. Well done, Douglas Boyd!

I found this timely reading during our pandemic and found this book utterly fascinating from Chapter 1. 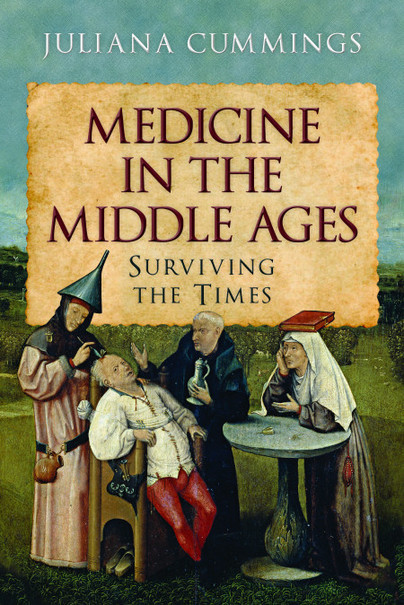