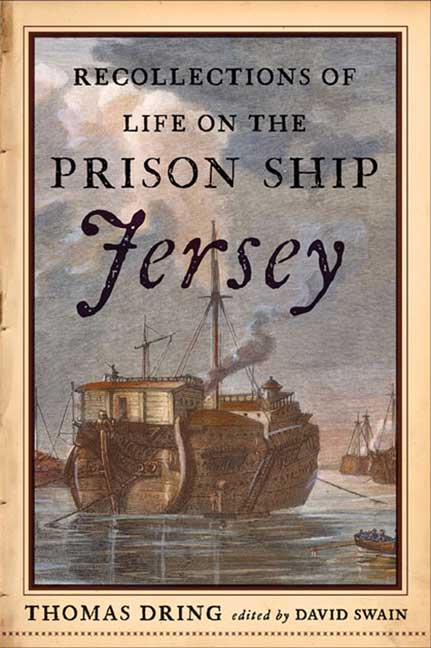 Recollections of Life on the Prison Ship Jersey (Hardback)

Add to Basket
Add to Wishlist
You'll be £19.99 closer to your next £10.00 credit when you purchase Recollections of Life on the Prison Ship Jersey. What's this?
+£4.50 UK Delivery or free UK delivery if order is over £35
(click here for international delivery rates)

“Among the many events which took place during the Revolutionary War from its commencement to its termination [are] the cruelties inflicted upon that unfortunate class of men who had the misfortune to be numbered among the prisoners [of the British] and more particularly those whom the dreadful chance of war had placed on board their prison ships at New York.” So begins the remarkable narrative of Thomas Dring. In 1824, Dring was an aging man of 65, retired in his native state of Rhode Island. Forty-two years before, he, like thousands of other young men, had been caught up in the American cause. In 1782, he had been captured by the British, and sentenced to the infamous prison ship Jersey, a demasted hulk anchored in the East River off New York City. It is estimated that more than 11,000 men perished on the British prison ships over the course of the war, and their bones regularly washed up on the shore long after hostilities ceased. Dring survived to tell the tale, and in 1824, he decided to do just that. He was motivated partly because the fate of the prisoners was beginning to be doubted, rumors that their hardships were grossly exaggerated, and even that it had never occurred.

This book publishes for the first time the complete text of Dring’s handwritten manuscript, a major primary-source document, in which he describes the horrible conditions, treatment by guards, and experiences that he and others endured during captivity. Recollections of Life on the Prison Ship Jersey is a lengthy plea not to forget but instead to remember the inhumanity of the captors and the sacrifices of the captives—a message that continues to resonate today. Editor David Swain has provided an introductory essay and extensive notes that contain background information and historical documentation to accompany and illuminate the original manuscript