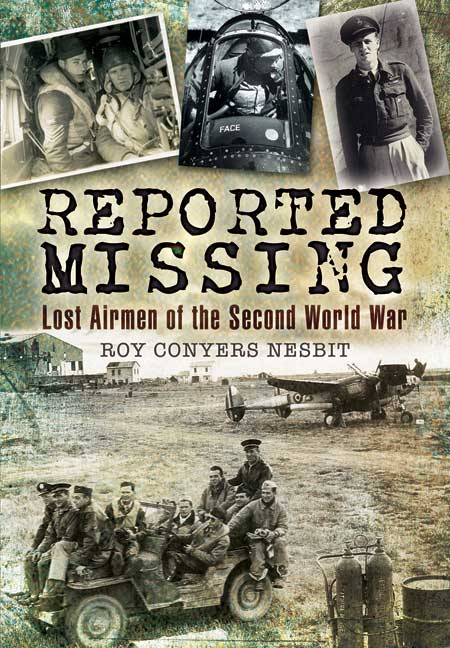 Add to Basket
Add to Wishlist
You'll be £19.99 closer to your next £10.00 credit when you purchase Reported Missing. What's this?
+£4.50 UK Delivery or free UK delivery if order is over £35
(click here for international delivery rates)

Roy Nesbit brings to bear all the insight gained from his flying experience and his skill as a aviation historian as he investigates the wartime disappearances he describes in this haunting book. In vivid detail he retells the stories of two of the best-known disappearances - the pioneering aviator and renowned author Antoine Saint-Exupéry and the photo-reconnaissance ace Adrian Warburton. But he also explores several less well-known but equally dramatic cases - the crew of a Beaufort torpedo bomber that vanished off the coast of Greece, the loss of a Czech Hurricane pilot in Belgium, and the disappearance of a Lancaster crew during a raid on Germany. In his search to discover the fate of these lost airmen, he reconstructs the circumstances of their final flights and reconstructs their last moments in the air, and he puts together all the scattered pieces of evidence that have come to light since the war to explain their loss. His historical detective work emphasizes the uncertainties and terrible risks that were a routine element in operational flying 60 years ago. The stories make compelling reading.

Adrian Warburton was a Royal Air Force (RAF) pilot during World War II. He became legendary in the RAF for his role in the defence of Malta. His gallantry was recognised by the award of the Distinguished Service Order and Bar, the Distinguished Flying Cross and two Bars and an American Distinguished Flying Cross. Warburton was the pilot of one of two Lockheed P-38 F-5B reconnaissance aircraft that took off from Mount Farm on the morning of 12th April 1944 to photograph targets in Germany. After the pair separate he failed to arrive at the rendezvous point and was not seen again. Years of speculation about his fate came to an end in 2002, when his remains were found in the cockpit of his plane.